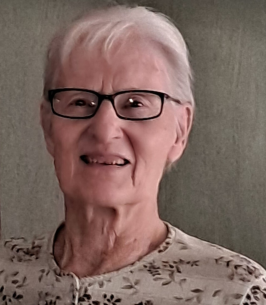 Warrine F. Harden (McDuffie) was born on January 25, 1935, in Helena, Montana, to the late Bryan Mansfield McDuffie and Dorothy Fay (Wood) McDuffie. She was raised in Helena, MT, where she graduated from Helena High School in the class of 1953. She continued her education at Walla Walla College in College Place, WA. She studied Medical Secretarial Courses and received her first Bachelor’s Degree in 1958.

Warrine met Hal D. Harden during her junior year of college, and they were later married on August 10, 1958 in the Conard Hall Chapel, the largest Women’s Dormitory of Walla Walla College. They made their first home in College Place. They moved to Loma Linda, CA in 1959 following Hal’s college graduation. Hal then graduated as a Medical Doctor in 1963, and during Hal’s junior and senior years of Medical School, they lived in Alhambra, CA. They then moved back to Loma Linda area where Hal completed his rotating medical internship at the university hospital.

Warrine’s husband, Hal, was drafted into the U.S. Army as a 1st Lieutenant and then promoted to the rank of Captain on September 10, 1964, when he reported for duty in San Antonio, TX. Hal was later deployed to the 14th Field Hospital at Bad Kreuznach, Southwest of Frankfurt, Germany where he worked as a Preventative Medicine Doctor and Clinic Physician. Warrine was raising their three children during Hal’s Army time.

Following Hal’s Honorable Discharge on August 30, 1966, they moved to Walnut Creek, CA. Hal studied Public Health while at the University of California, Berkley where Hal received his Master’s degree in June of 1967. They then moved to Ghana, West Africa where Warrine taught missionary school for the some of the Mission Hospital compound children. In March 1970, they moved to La Sierra near Riverside, CA for Hal’s Public Health Residency Training.

Following a brief move to St. Anthony, ID, they moved to Wenatchee in October 1984, where Hal purchased the medical practice of Dr. Earl Bolton. Warrine worked part-time with Hal at their medical clinic for the next 4-5 years. She continued her education and received her Bachelor’s Degree in Nursing all while working at the Highline Nursing Home. Colonial Vista Nursing Home, and then Central Washington Hospital full-time.

Warrine became a Nursing Instructor at Wenatchee Valley College while working at Central Washington Hospital on the medical, surgical, and oncology units. Warrine retired in 2002 so she could travel with Hal on various Locum Tenens assignments. From 2002-2014, they traveled to eight different states while Hal worked as a Physician through Locum Tenens assignments.

Over many years, they visited many countries including several European countries during Hal’s Army time in Germany. This included England, Scandinavian countries, and Italy. Later several West African countries were visited. During more recent years, Jamaica and Honduras were visited for short mission trips, where Warrine worked as a nurse.

In lieu of flowers, you are welcome to make a donation to any of the following organizations in Warrine’s honor: