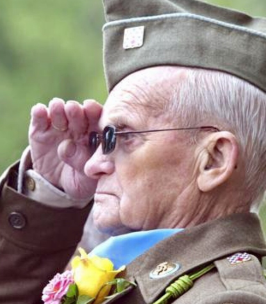 Glen was born May 26, 1930, in Eagle Bend, MN to Melvin and Laura (Nelson) Hendrickson, and graduated from Laporte High School, Laporte, MN in 1949. Glen serviced in the U.S. Army from 1952 to 1954. During his service, he was stationed in Germany, attaining the rank of PFC.

Glen moved to Washington State in December 1956. There he met Norma Ray, whom he married August 19, 1957. Together they made their home in Cashmere, where he worked for Tree Top, Inc. for 35 years until retiring in 1994.

Glen was a very active volunteer within his community. He was a member of the American Legion Post 64 in Cashmere, where he proudly served as Commander for three terms. In appreciation for his devotion to the Legion, he was honored with a Lifetime Membership. Glen also volunteered with the Chelan County Fair for over 50 years, receiving the Volunteer of the Year award in 1999.

Glen is survived by his spouse Norma of 65 years in the their family home; sons Jerry of Entiat, Tom (Korin) of Cashmere; daughter Ramona (Gregg) of Cashmere; 14 grandchildren and 23 great-grandchildren. He is also survived by four brothers, many nieces, nephews, and extended family. He was preceeded in death by his parents and one brother.

Memorial Contribution may be made to Cashmere American Legion Post #64, P.O. Box 832, Cashmere, WA 98815. You are invited to view Glen’s Online Tribute at www.HeritageMemorialChapel.com where you can share a memory with the family. Arrangements are in the care of Heritage Memorial Chapel, East Wenatchee.