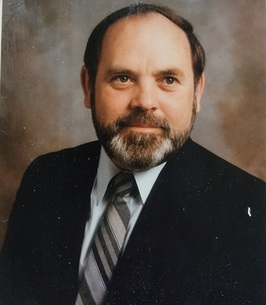 James D. Caldwell was born December 18th, 1938, in Wenatchee, WA, to James and Edna Mae (Hampton) Caldwell. Jim attended Wenatchee High School and graduated from the University of Washington with a B.A. in Business Administration as well as an MBA in International Trade. A patriot, he enlisted in the Army after high school and served in the Army Reserves as a sergeant; discharged in 1964. He was married to his first wife, Julie Blonk, in 1962, and they divorced after 18 years. He was married to Bernice Caldwell, for the past 36 years. In the last week of his life, they were still dancing in the kitchen.

Jim was a Washington resident his entire life with the greatest portion being spent in Wenatchee. His childhood was spent at Breezy Point, on Rock Island Rd. HIs dad owned the Breezy Point Service Station where he developed his love of ice cream. Jim was employed in banking in the Wenatchee Valley working his way up to Senior Vice President. He spent most of his career in loan administration at Central Washington Bank. He was an accomplished entrepreneur owning multiple businesses, including a caramel corn/candy shop, a tavern, a ceramic supply wholesale distributorship as well as other business and real estate investments.

After retiring, Jim and Bern spent winters in Sun City West, Arizona, where they enjoyed spending time with friends. He loved to travel and learned the history of the places they visited. He loved his Hawaiian shirts and cargo shorts, trips to casinos, and watching race cars “only turn left.” He was an avid car enthusiast and said he owned over 40 cars during his lifetime. Jim also loved his “whippity stuff,” spray cans of whipped cream, and his seemingly endless supply of ice cream. “Desserts are important,” he would say. Family and friends looked forward to Jim’s spaghetti or meatloaf. Jim and Bernice played cards daily, with friends or just with each other.

Friends and family are invited to A Celebration of Life at 15 Loon Lane, Rock Island, WA 98850 on Saturday, Sept. 24th. A private burial will be at Wenatchee Cemetery. You are invited to view Jim’s online tribute at www.HeritageMemorialChapel.com to share a memory or leave a condolence. Arrangements are in the care of Heritage Memorial Chapel, East Wenatchee.