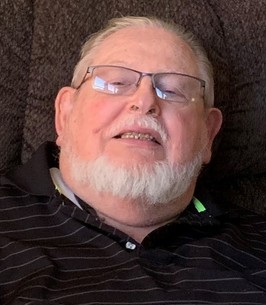 William Forest Eldred was born Aug 12, 1941 in Colville Washington and left this mortal world to be with his wife on September 6th, 2022 surrounded by his sons. The motto of the Boy Scouts of America is “Be Prepared”. Since he was 11 years old he has tried to live up to this motto. He has also tried to live up to the standards of the Church of Jesus Christ of Latter Day Saints and on both counts he felt he fell short of the mark.

Bill as he was known was raised by his mother Irene Coutts and Step-father Russel Dueman. As a family they moved a lot finally settling in Yamhill, Oregon. Bill graduated from Yamhill Carlton Union Highschool. He enlisted in the United States Airforce leaving for bootcamp 2 days after graduation. After four years in the military as a medic and receiving an honorable discharge, he moved to Salem Oregon.

While in Salem, he meet the love of his life, Karleen Kay Smith and they were married October 16th, 1964 in the Logan Utah Temple. As newlyweds, they started a life in California while bill attended the College of San Mateo. Upon completion of his Associated Degree, Bill and Karleen moved to Provo Utah where he finished his Bachelor of Arts in Teaching at Brigham Young University. He taught school for 5 years and disliked it so much he found other employment with Sears and retired after 25 years. Upon retirement Bill and Karleen moved to Wenatchee Washington to be closer to his brother and family.

Native Americans believe that everything is done in a circle for example the sun, moon, and stars. As is life from childhood to adulthood to old age to death. The greatest causality is being forgotten. May the master of all scouts be with us until we meet again. May we run the race at a scouts pace on the trail that leads to him.

Services will be held on Saturday, August 10, 2022, at the Church of Jesus Christ of Latter-Day Saints: 1621 Maiden Lane, Wenatchee, WA 98801. Services will start at 9:00 am with viewing before at 8:00 am, and interment to follow at Cashmere Cemetery.

In lieu of flowers, please donate and support the local Boy Scouts of America and the Order of the Arrow Chapter.