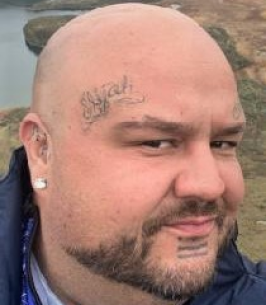 Wilson Rufino Avila, 38, of Kettle Falls, Washington and a former longtime Wenatchee and Leavenworth area resident, passed away on Wednesday May 4, 2022 in Wenatchee.

He was born on December 21, 1983 in Wenatchee to Juventino and Lisa (Maki) Avila. He was raised in Leavenworth where he attended Upper Valley Christian School. He worked as a handyman and did a variety of odd jobs. He moved to Kettle Falls, Washington in the mid 2010’s.

Wilson was somewhat of a jokester, loved to tease and make people smile. He usually had a big smile on his face and was well known for his love of fishing and his gourmet cooking. Commonly cooking comfort and Mexican food dishes. He was very proud of his Mexican Heritage and loved his cats.

He is survived by his father, Juvintino Avila, Wenatchee; his brother Vincent Avila, Leavenworth; his mother and step-father, Lisa Avila and Daniel Cruz of Gifford, WA; his five year old son, Elijah Avila, Inchelium, WA; his maternal grandmother, Judy Wyssen, Leavenworth; as well as many aunts, uncles and cousins in Wenatchee. He was preceded in death by his paternal grandparents, his maternal grandfather, Karl Wyssen and his brother, Isaac Avila on June 1, 2015.

Visitation will be at the Emanuel Bautista Church, 502 Walker Street, Wenatchee on Wednesday May 18th from 5 to 8 p.m. A Graveside service will be held on Thursday, May 19th at 1:00 p.m. in the Mountain View Cemetery, Leavenworth, WA. Arrangements are in the care of Heritage Memorial Chapel, East Wenatchee.