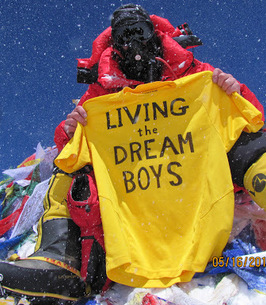 Richard Glen Thurmer, Jr. was born on November 28, 1955 in the French Hospital located in Chinatown, Los Angeles, California. His nickname was Rick and of course Dr. Rick later in life. His father, Richard Thurmer, was a builder / Chiropractor, and his mother, Mary Lou Plante had many jobs including painting Franciscan ware for Gladding McBean and a chef for the priests at St. Francis of Rome Rectory in Azuza, California. They were both originally from Little Falls, Minnesota. His parents divorced when he was very young and his mother raised him as an only child. Later in life Rick would grow to know and love his other (half) siblings, his sister Beverlee Steiding, and two brothers Gerry Yanta and Richard Cate.

Rick grew up in Glendale, California graduating from Glendale High School in 1974 where he ran cross country. He attended Pasadena City College for a while then surprised his mother by announcing that he was going to quit college and hitchhike across America. He lived in Canada for a time, working on a tobacco farm. Adventure called so he took a job as a lighthouse keeper on a small island off Nova Scotia, Canada. After a very cold winter in Nova Scotia, Rick decided to return to Los Angeles to become a physician.

On June 2, 1978, he met Alma Mason at a dinner party where Rick was the Grill Master. It was the beginning of a life long friendship that grew into 38 years of marriage. They celebrated their wedding on January 15, 1984 at the Little Chapel of the Roses in Bonita, California. They shared many passions together especially ballet, music, travel, gardening, grilling, holiday decorating in their yard and most of all their beautiful family.

In 1982 Rick graduated from UC Irvine with a Bachelor's of Science and the College of Osteopathic Medicine of the Pacific in 1989. At COMP he joined the US Army Reserve and served as a doctor for 13 years, making Captain in the Medical Corps.

When he was 12, Rick climbed his first mountain with his father at Mt Whitney, California. His passion for climbing mountains began. In high school, Rick climbed the first of his 7 Summits, Aconcagua on February 14, 1974 as the youngest person to ever summit at that time. He went on to summit all of the 7 Summits and 6 of the 2nd 7 Summits all except K2 where he reached Camp 3 in 2019. It was a climbing passion that lasted 54 years and took him to every continent.

Rick and Alma raised three boys together: Sean, Derek and Ryan Thurmer. Sean married Marie and have three boys: Forrest, Charles and Leo Thurmer. Ryan Thurmer's partner is Uli Nitsche and they have one boy named John Nitsche. Derek's partner is Liz Fitzpatrick. Rick's nickname changed to Deeba, the name Rick gave his Grandpa Frank, and Opa because Ryan lives in Köln, Germany. The joke is that Thurmers only have boys and that climbing is in their DNA. He taught our sons to climb and they shared many exciting climbing adventures all over the world.

All three sons became Eagle Scouts. Rick was also honored with many Boy Scout Leadership awards including the Honor Medal with Crossed Palms, the Silver Beaver, and St. George, National Catholic Committee on Scouting Award. Rick ran a Catholic school chess club for grades K through 12 for eleven years. Raising boys was Rick and Alma's greatest adventure. Rick was so proud of all of his boys and grandsons, and he loved them so very very much!

In 2010, Rick and Alma went to Everest basecamp together and stayed until Rick made the summit on May 17, 2010. On the descent Rick rescued his fellow teammate Bonita Norris. He received two hero awards from the Boy Scouts of America and the American Red Cross for his bravery on Everest. After Everest, In Chitwan National Park, Nepal, they rode an elephant through the tall grass passing a rhino in his mud puddle. They even took a bath in the river on top of an elephant. Rick and Alma traveled to places like Europe, Nepal, Australia, New Zealand, Alaska, almost always with a mountain to climb and to see wild animals. On many of his climbs, Rick also reached out to help someone who needed a doctor in some remote place.

In Antarctica, Rick climbed Mt Vinson and made the summit on January 4, 2017. Rick was so proud when he became the 12th man to ever summit Mt. Tyree, the 2nd highest in Antarctica. Rick made the summit of Mt Tyree on the 50th anniversary of the first summit.

He loved climbing with Victor Saunders who was his guide and long time friend. They climbed 17 mountains together all over the world including Mt Tyree. RIck enjoyed climbing with many guides and climbers, too many to name, but please know that you are in our hearts.

Rick completed his Internship in Michigan at Muskegon General Hospital and graduated on June 20, 1990. Then he completed his Residency at Kalamazoo Center for Medical Studies on June 20, 1992. He was Board Certified in Family Practice. After Residency, Rick enjoyed working at Portage Physicians which became Pro-Med Family Practice for 20 years. After climbing Denali in Alaska, Rick moved his family to Mukilteo, WA and practiced at The Everett Clinic. He loved working for The Everett Clinic for 12 years and being closer to mountains like Mt. Rainier. Rick loved Mt Rainier so much he made the summit 5 times and his last climb in 2021 was a solo climb where he camped in the crater on the 50th anniversary of his first Rainier summit.

In March of 2022, Rick was preparing to climb K2 again by pushing his beloved wheelbarrow filled with hand weights up and down our hilly neighborhood for miles at a time. On March 27, 2022, Rick's final training climb ended abruptly on Dragontail Peak - Triple Couloir in the Enchantments, Washington.

We love you Rick and we miss you so much. You are still with us, just on a higher summit. Until we meet again.


The Service will be available to watch via online on the Holy Rosary YouTube Channel:


A short time for fellowship will be available in the courtyard following the service. You are invited to join the family at an Open House at 3:00 pm located at the family home.

You are invited to make a donation via the links below to the Chelan County Mountain Rescue Association and the American National Red Cross Center. Additionally, you can donate to the Mill Creek Chorale via the link below (copy and paste into your browser). The Mill Creek Chorale will be singing at the funeral and are dedicating their spring concert in memory of Richard.
https://www.paypal.com/donate/?hosted_button_id=5Y3EAYLXEE3A6&fbclid=IwAR3rE05vG_EAMy0QaYm3FEGlKai4HfwUvddTq3GYWJBFt_Ny0U2QRrc19H8