To share your memory on the wall of Doyle Culp, sign in using one of the following options:

Doyle continued his education H.C Lewis Technical Education center and they moved to Oklahoma City where he studied electronics and electronics repair and graduated with honors. Following his graduation, Doyle and Judy returned to Mineral Wells where he went to work at the Sears electronics repair center. He transferred to the Wenatchee Sears repair center in 1974, where he managed electronics repair while also serving as a Douglas County Reserve Deputy Sheriff. He then went on to teach electronics repair for the Sears Technical Center in Palmdale, California, then taught in Idaho Falls. Sears paid to fly him and back and forth to Wenatchee. Doyle fully retired in 2001. Doyle had a unique aptitude for problem solving and fixing literally anything electronic or mechanical. He used this skill to not only earn a living but to help and bless all in his life.

Doyle had a keen intellect and zest for life in learning new things. This included hobbies such as flying planes and helicopters, riding motorcycles, scuba diving, photography, metal detecting, stamp and coin collecting, and he also became an astute technical currency trader. Another one of his great passions was also fishing in which he became an avid bass fishing angler that he shared with his sons Michael and Chris.

Doyle was a longtime member of the Wenatchee First Assembly of God Church. Doyle loved to serve in his church and had a firm foundation in his faith. Doyle was a dedicated husband and father leaving a legacy of faith and service with family and friends.

A Celebration of Life Service will be held on Saturday, June 26, 2021 at 1:00 pm at the Wenatchee First Assembly of God Church 1520 McKittrick St in Wenatchee.
Read Less

To send flowers to the family or plant a tree in memory of Doyle Gene Culp, please visit our Heartfelt Sympathies Store.

We encourage you to share your most beloved memories of Doyle here, so that the family and other loved ones can always see it. You can upload cherished photographs, or share your favorite stories, and can even comment on those shared by others.

Posted Jun 09, 2021 at 10:37pm
So sorry for your loss. Doyle was a good friend to my dad. I have lots of fond memories of him.
Maryann Coleman (Lauren Junge)
Comment Share
Share via: 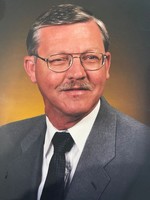