To share your memory on the wall of Rebecca \"Becky\" Irmer, sign in using one of the following options:

Rebecca Ann “Becky” Irmer, 74, a longtime Waterville resident, peacefully went to be with her Lord and Savior at home, surrounded by her family, on Tuesday, June 1, 2021 after battling pancreatic cancer.

Born on November 13, 1946 in Wenatchee, Becky was the daughter of the late Leonard William and Minnie Belle (Sharp) Regan. She was raised mostly in Wenatchee, but the family had made moves to Hoquiam, Leavenworth, and Waterville.

Becky graduated from Waterville High School in 1966. She met and was later married to Neil E. Irmer on August 20, 1966 in Wenatchee. They made their first home in Pullman while Neil was attending college, before moving to their home in Waterville. Becky went to work for the Waterville School District as a Bus Driver – she also worked as Teacher’s Aide at Washington School with the special needs students in Wenatchee. She later became a Records Clerk at the Douglas County Auditor’s Office in Waterville, finally retiring in the early 1990’s. She was also active for a time as a volunteer EMT with the Waterville Ambulance Service, chairman of the Red Cross Blood Mobile and a Sunday School Teacher at St. Joseph’s Catholic Church in Waterville.

Becky spent a lot of time traveling to Coulee City caring for her father in his later years. She was always more worried about other people rather than herself. She never met a stranger and would strike up a conversation with anyone she encountered and befriended them instantly. She always had a sympathetic ear and a shoulder to lean on, as well.

She was an excellent cook and loved to feed people and made the best biscuits and gravy and her Christmas baking was outstanding! She even went so far as making her own butter with cream from the family milk cow when her children were young and growing up on the ranch. Besides being an amazing cook, she was an incredibly talented seamstress and made many of the clothes she and her family wore throughout the years. She could sew just about everything from adorable baby clothes and drapes for her home, all the way up to gorgeous wedding gowns for her sisters! Her artistic talents also extended to crocheting afghans, macrame, candle making, Artex painting, beadwork and home decorating. She truly made her home cozy and filled it with beautiful items crafted of her own hand. Every ornament on the family Christmas tree was an intricate, hand-made, beaded masterpiece.

A Graveside Service is scheduled for Saturday, June 5, 2021 located at the Waterville Cemetery at 1:00 pm followed by a reception at St. Paul’s Lutheran Church in Douglas at 3 pm. You are invited to view Becky’s Online Tribute at www.HeritageMemorialChapel.com to share a memory. Arrangements are in the care of Heritage Memorial Chapel.
Read Less

To send flowers to the family or plant a tree in memory of Rebecca "Becky" Ann Irmer, please visit our Heartfelt Sympathies Store.

We encourage you to share your most beloved memories of Rebecca "Becky" here, so that the family and other loved ones can always see it. You can upload cherished photographs, or share your favorite stories, and can even comment on those shared by others.

Anthony and Sarah Sharp sent flowers to the family of Rebecca "Becky" Ann Irmer.
Show you care by sending flowers

Posted Jun 03, 2021 at 08:40pm
Wishing you peace to bring comfort, courage to face the days ahead and loving memories to forever hold in your hearts.

Flowers were purchased for the family of Rebecca "Becky" Irmer. Send Flowers 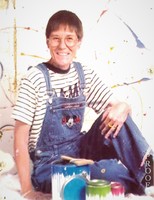 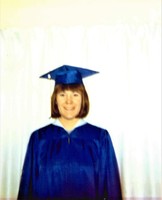 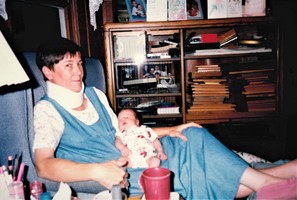 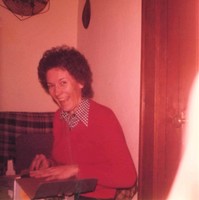