To share your memory on the wall of Wolfram \"Wolf\" Noack, sign in using one of the following options:

Wolf grew up near Dresden, Germany, during World War II and the Communist Era of East Germany. While his father and brother were drafted into war, he rose to head of the family at 12 years old, leading his mother and baby brother through the nights, living off the land for weeks until reaching relative safety in Dresden. With public education unavailable during his adolescence, his brother credits him to having attained all his life’s accomplishments on his own. After the war, at the age of 14, he learned the trade of baking to ensure his family would never go hungry. In 1953, he escaped into West Berlin to a refugee camp and was flown to Hamburg. He moved to Chicago in 1954 to join his parents and brothers who had already escaped East Germany.

For many years, Wolf worked for Jewel Bakery until beginning his journey as a successful business owner in Batavia, Illinois. In 1976, he purchased and operated Dick’s Townhouse Tap, a tavern. The tavern was used as a setting in the Robert Conrad movie, Coach of the Year, in 1980, where Wolf had a cameo appearance as the bartender. In 1986, he and his wife opened Noack’s European Pastries, a popular European-style pastry shop that attracted customers from Chicago and its suburbs. Noack’s pastries and wedding cakes were so well enjoyed that the bakery was featured in the Chicago Tribune.

After retiring, Wolf moved his family to Leavenworth, Washington, in 1998, where he founded and led the Edelweiss Tanzgruppe, a German folk dance group, in 2001. Wolf was a very active member of the Leavenworth community, participating in many groups and events including Projekt Bayern, Our Lady of the Snows Church, and showcasing his famous European pastries at the various festivals. In 2015, he made Mountain Meadows his home, where in typical Wolf-style, he quickly filled the community with stories of his life’s adventure, samples of his pastries, melodies on the piano, and naturally became well-known and friendly among all of the staff and residents.

Throughout his life, Wolf never had idle hands but rather an endless enthusiasm for hobbies and projects. He enjoyed painting, playing piano, home improvement projects, gardening, driving, and always baking special cakes and pastries for friends and family. Once he had an idea, Wolf couldn’t be talked out of anything. His wife, Peggy would often have an inspiration and before you knew it Wolf was building, organizing, and creating. As a couple they complemented each other perfectly, with Peggy’s creative visions and Wolf’s eagerness to stay active.

Until the very end of his life, Wolf enjoyed being out and about, sharing his life’s stories with friends and strangers over a beer or dessert. Wolf was recognized and loved by countless people wherever he went. In the last years of his life, Wolf said that his strategy for staying young and living life was “to always have plans and something to look forward to.”

The family is planning to donate a commemorative piece in Wolf's memory, to the town of Leavenworth.

Flowers and condolences can be sent to 5207 Quincy Ave SE, Auburn, WA 98092. Due to COVID policies, please RSVP head of household name, phone number, and number of attendees to adambr72@gmail.com.
Read Less

To send flowers to the family or plant a tree in memory of Wolfram "Wolf" Adolf Noack, please visit our Heartfelt Sympathies Store.

We encourage you to share your most beloved memories of Wolfram "Wolf" here, so that the family and other loved ones can always see it. You can upload cherished photographs, or share your favorite stories, and can even comment on those shared by others.

Brian and Melissa Muetze, Cathy Muetze, and other have sent flowers to the family of Wolfram "Wolf" Adolf Noack.
Show you care by sending flowers

Posted Jun 03, 2021 at 07:22am
It is WW II. Overnight 12 yr old Wolfram's childhood is shattered, as his ageing opera-singer father and his x-playmate 15 yr old brother are drafted into Hitler's last defenses, to stop the invading Soviet armies. Suddenly this boy is thrust into the role of head of family. He has to lead his gorgeous 32 yr-old mom and bratty 2 yr-old brother, me, through a ravaged country side to safety, westward. Avoiding marauding enemy units, he leads them on foot by night, sleeping wherever during the day, ever westward fr0m their East Prussia home to Saxony. He learns about survival, caring, responsibility, and accountability. Manhood. But he also developed charm and humor, with which he became the life of any party. But most importantly: Thank you, dear brother, for saving my life and mom,'s back then, Otherwise we would never have experienced life or freedom. I owe you big!

Posted Jun 01, 2021 at 08:58am
Jason and Suzanne we are so sorry about Uncle Wolf. We have great memories of him that we will cherish forever. Hugs and prayers for all of you

Posted Jun 01, 2021 at 08:19am
We are praying for you all in this difficult time. We will always remember great times with Wolf. With love and peace, Cathy and all the Muetzes

Posted May 26, 2021 at 12:08am
We love you uncle Wolfe!! You enjoyed life to the fullest and I am honored to be your niece! Love the Bragg family in California!!! Dad is waiting 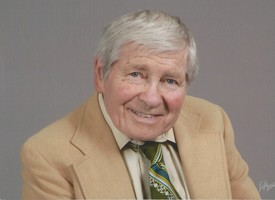 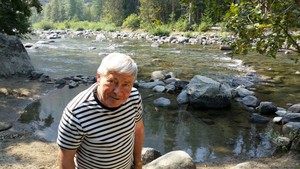