To share your memory on the wall of Kathryn Millar, sign in using one of the following options:

Kathryn (Marie) Millar, 80, went home to the biggest family reunion she will ever attend with her Lord, family, and friends on May 16, 2021.

Kathryn (Marie) Millar, 80, went home to the biggest family reunion she will ever attend with her Lord, family, and friends on May 16, 2021.

She was born on May 14, 1941 in Cashmere, Washington. Her father John Walter Price was 42 and her mother Mabel Ione (Richmond) Price was 38.

On May 5, 1960, at 18 years old, she married longtime family friend George E. Schneider in Leavenworth, Washington.

Their first-born son Calvin E. was born on February 14, 1961. Their daughter Lisa K. was next, and they had one more son Kenneth W. all born in Leavenworth, Washington.

Marie and George were divorced, and Marie married Robert E. (Bob) White in Snoqualmie, Washington on October 16, 1968 when she 27 years old.

She worked in the orchards and fruit packing plants around Cashmere and Wenatchee, Washington.

In 1968, Marie and Bob moved their little family to Thompson Falls, Montana. They had a son, Robert E. White Jr. born in Missoula, Montana.

From 1968 to 1973 Marie worked as a waitress in the small cafes in Thompson Falls to support her family.

In 1972 her Father John Walter Price passed away in Wenatchee at the age of 73 years.

Marie went to work at Pack River sawmill stacking mill ends. When the order was filled, she had the opportunity to stay on at the Planer full time.

In 1975 Marie met Clifford E. (Butch) Millar. He brought a daughter Dana and 2 sons Mika and Shon to the family. They bought some land up Dry Creek and built a house.

Marie and Cliff lived together as common law married up until May 14, 1983 when they were married in the Congregation Church by Reverend Gaylun Olson.

Pack Riverwood to WI Forest Products and Cliff started working there too on the Dry Chain. Marie ran the forklift and the bander wrapping units of lumber. WI Forest Products sold to Crown Pacific Inland Empire. Marie stayed with this company until it closed in 1995.

On April 20, 1991, her mother Mabel Ione Richmond Fairbairn passed away in Everett, Washington at the age of 87 years old.

She worked for a short time as housekeeper at the Rimrock Hotel and Restaurant.

Thompson River Lumber company hired her to run the bander. She stayed at this company until she retired in 2003.

After Cliff died, she found her love for the Lord and was a faithful servant. She was baptized into the Mountain Gospel Assembly of God.

Her son Calvin E. Schneider passed away on August 13, 2010 in Wenatchee, Washington at the age of 49.

She loved her kids, grandkids, and great grandkids. She loved doing arts and crafts for the Christmas Bazaar, crocheting, wash clothes, and slippers, making beaded lamps, making cookies, jellies, and canned vegetables. She loved just getting in her car and going.

She was preceded in death by her father, mother, all her siblings, husband Cliff, son Calvin and ex-husband George.

Card can be sent to either Ken Schneider or Bob White
P.O. Box 292 Cashmere, Washington 98815

A special thank you to Dan and Von Briggs as well as Ruth and Paul Aktepy for all the help you gave Mom. You are very appreciated.
Read Less

To send flowers to the family or plant a tree in memory of Kathryn Marie Millar, please visit our Heartfelt Sympathies Store.

There are no events scheduled. You can still show your support by sending flowers directly to the family, or planting a memorial tree in memory of Kathryn Marie Millar.
Visit the Heartfelt Sympathies Store

We encourage you to share your most beloved memories of Kathryn here, so that the family and other loved ones can always see it. You can upload cherished photographs, or share your favorite stories, and can even comment on those shared by others.

David Wallace Husband of Sharon and Valerie Barton sent flowers to the family of Kathryn Marie Millar.
Show you care by sending flowers

Posted May 19, 2021 at 09:56am
We pray the love of God enfolds you during your journey through grief. Aunt Marie will be missed. Her love was always guaranteed to be there for all.

3 trees were planted in the memory of Kathryn Millar

Posted May 23, 2021 at 03:01pm
Marie will be sadly missed my Condolences to the family . I never made it to a Family reunion until I think it was 2015 when My Mom Sharon Wallace and Pops David surprised me with the gift . I fell in love with Thompson Falls It was a small reunion but I loved every minute of it . And then when Marie would come a visit Grandma Lila in Ventura she would always come visit My Mama and I and Pops . Marie always loved to see my Garden when she came over I love you Marie and will miss you .
Valerie Barton
Comment Share
Share via:
KD

Posted May 22, 2021 at 06:37pm
We loved Marie, she started coming to church many years ago and bloomed like a beautiful flower. She worked in the Soup Kitchen helping and also being the main cook. She was a hard worker and loved the Lord with all of her heart. She loved to sing praise songs and worship. She loved to laugh and enjoy being with all of her church family. She always wanted more of God. She will be greatly missed. Love you Marie, Pastor Charlie and Kristi
Comment Share
Share via:
DB

David Wallace Husband of Sharon and Valerie Barton purchased flowers and planted a memorial tree for the family of Kathryn Millar. Send Flowers 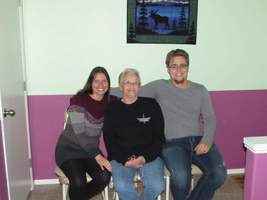 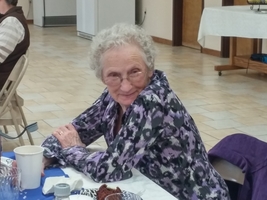 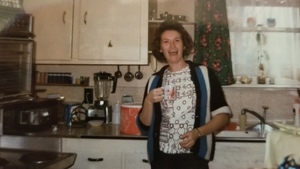 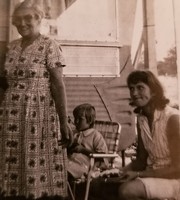