To share your memory on the wall of Charlotte Kohnhorst, sign in using one of the following options:

Charlotte Kohnhorst passed away peacefully Wednesday, May 12 at Fieldstone Memory Care in Wenatchee due to complications related to her dementia. ... Read More
Charlotte Kohnhorst
September 9, 1937 – May 12, 2021
Leavenworth, Washington

Charlotte Kohnhorst passed away peacefully Wednesday, May 12 at Fieldstone Memory Care in Wenatchee due to complications related to her dementia. She was 83 years young.

Charlotte was born September 9, 1937 in Oregon. Her parents Dorothy May Cronn and Daniel Sisk were both killed in 1939 in a car crash in Oregon City, Oregon. There was a court battle as both grandparents wished to take now 2 year old Shirley Marie Cronn. However, the court made her ward of the state and she was placed in an orphanage and put up for adoption.

At age 2 ½ she was adopted by Anna Louisa and Werner Pundt and she was given the name Charlotte. Both adopted parents were born in Germany and migrated to the United States and met in San Francisco and later married. Her Father attended college at Washington State and became a veterinarian. He enlisted in the Army and was in charge of a mule pack team in Colorado. He later was stationed at Fort Ord and while there they purchased a home in Carmel. Charlotte attended school in Carmel and when her Father was discharged from service they decided to move to Oregon and they purchased several acres in Jennings Lodge and her Father built his own veterinarian clinic. Charlotte attended school at Concord Grade school and upon graduation from 8th grade her Father insisted she should go to an all girls school and enrolled her in St. Helens’s Hall in Portland. She also took piano lessons and ballet and from this she became passionate about music and the arts. Upon graduation she started college at Oregon State in 1955. However, her Father decided to lease his practice and her Father took a job with the UN and as fate would have his first assignment was in Germany. In June 1956 Charlotte flew to New York and boarded a ship to Cuxhaven, Germany and then was picked up by her Father and they drove to their home near Schliersee in Bavaria.

Her Father insisted this was not a vacation and she was enrolled in a girl’s school where they were learning to be Kindergarten teachers and nannies. She stayed at the school and had many other duties beside learning to work with children.

When she did have free time, she was able to visit her relatives. She did have two very famous Uncle’s. The first was Alvin Seifert who was a renowned garden architect and had published several books. He was chosen by Hitler to do the landscaping for the famous autobahns. Her other Uncle was Carl Orff who was a famous composer; and he also developed the method of “Schulwerk Fur Kinder” in which young children make their own chants and create their own musical pieces. As a composer his most famous work was “Carmina Burana,” but he composed many other works as well. She also took classes in Salzburg at the famous “Mozarteaum” studying with a colleague of Carl Orff known as Frau Keetman. There is no doubt that these individuals and her time in Germany had a great influence in her life.

When her Father’s position in Germany came to a close he was assigned a new country and it happened to be LaPaz, Bolivia; so she and her Mother again traveled by ship to be with him.

When his tour ended, they returned to Carmel as her Father had sold his veterinarian clinic in Oregon. Charlotte then took up her college studies once more at San Jose State and earned a teaching degree in “Early Childhood Education”. After student teaching she was awarded a lifetime teaching certificate by the State of California. She met her first husband at college, and they were married and had three children.

In late 1982 she met Ken Kohnhorst in San Jose, California and after brief time dating, they were married in March of 1983. They sold both of their homes and had a new home built in San Jose and because they both had a love for travel, they started visiting areas locally and then started their adventures in travel to Europe. In the years that followed they traveled over 25 times to Europe and visited such countries Belgium, France, Germany, Austria, Italy, Holland and many more.

In 1992 they traveled to Leavenworth to visit what they had been told to be a “Bavarian Village”. They fell in love with the area and in 1992 purchased property. Ken designed their home and in the following year hired a builder and their dream of having a “Bavarian” style home became a reality. They both retired and moved completely after Christmas of 1995.

Both Charlotte and Ken became active in the community and over the years have been in many organizations such as Autumn Leaf, Jr. Miss Program, Project Bayern, Royal Bavarians to name a few. Charlotte was a member of Delta Kappa Gamma in San Jose (A women’s teaching organization) and after moving to Leavenworth she joined a chapter of DKG in Wenatchee and served as their President on two occasions. She also attended three DKG European and International conferences during their visits to Europe (Holland and in Baden-Baden and Mession in Germany). Charlotte also joined the Washington State Retired Teachers Association and traveled all over Washington recruiting teachers to join. She was great at helping groups fundraise for many of their events and for over 6 years she worked hand and hand with her husband as Chairman of the “Leavenworth International Dance Festival”. She also found time to substitute both at Cascade and Cashmere School District. Charlotte was chosen to head the first summer Migrant Program for Cascade School District. With funding from Projekt Bayern she did a pilot program of teaching German to Kindergarten. The program was not embraced by teachers at the time, and it ended in its first year.

She also taught German to many members of Projekt Bayern on a regular schedule.

Charlotte leaves behind her two daughters, Heidi and Kyrsti Boynton in Ocala, Florida and her son Todd Boynton who resides in Davenport, Florida. Her granddaughter Elizabeth Boynton and great-granddaughter, Addison all residing in Colorado and her husband of 38 years; Ken Kohnhorst who still resides in Leavenworth.

Charlotte had many things she was passionate about. Charlotte loved music and she would be so happy playing her piano each day. However, what she really loved was teaching young children and travel. The destination didn’t matter… she just wanted to “go”.

A Celebration of Life for Charlotte will be scheduled later this summer.

Because of Charlotte’s love for teaching, donations to Zeta Chapter of Delta Kappa Gamma can be made to Rosa Eilert, President, 1421 Copper Loop, East Wenatchee, 98802. Donations are used to help students that are pursuing a degree in teaching.

Donations can also be made at the Donate link below.
Read Less

To send flowers to the family or plant a tree in memory of Charlotte Kohnhorst, please visit our Heartfelt Sympathies Store.

There are no events scheduled. You can still show your support by sending flowers directly to the family, or planting a memorial tree in memory of Charlotte Kohnhorst.
Visit the Heartfelt Sympathies Store

We encourage you to share your most beloved memories of Charlotte here, so that the family and other loved ones can always see it. You can upload cherished photographs, or share your favorite stories, and can even comment on those shared by others. 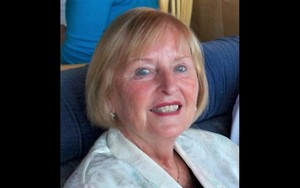