To share your memory on the wall of David Cole, sign in using one of the following options:

David George “Dave” Cole, age 81, passed away peacefully at his East Wenatchee home on Friday, May 7, 2021.

David George “Dave” Cole, age 81, passed away peacefully at his East Wenatchee home on Friday, May 7, 2021.

Born March 3, 1940 in Savanna, OK to Gaddis and Myrtle (Morrow) Cole, he attended school in Cashmere and graduated in 1958. On November 15th, 1958, he married his sweetheart Ramona Mae Lenner in Loomis, WA. They made their home in Cashmere and lived there until 2013, when they moved to East Wenatchee.

As a young couple, David and Ramona owned a small orchard which was later converted to pasture where they raised horses with their four daughters for 4-H. David was a leader of the Cashmere Saddle-ites 4-H club for many years and was a popular announcer at local horse shows. David helped the Kiwanis Club place the marker for the center of Washington State by hauling supplies in on horseback up Devil's Gulch in Cashmere.

David's choice of careers was a reflection of his outgoing personality. In the 60's, he worked for Local Lumber and later for Skookum Dairy at Blewett pass, delivering dairy products to homes and local businesses. David had a long career with the US Postal Service and is probably best known as the lead window clerk at the Wenatchee office and later at the Eastmont Pharmacy postal station. He was famous for his anecdotes, humor, and big smile.

David was a member of the Cashmere Kiwanis Club and the Cashmere Methodist church. David is survived by his beloved wife of 62 years, Ramona, and his daughters Melani Cole and Lauri Schmidt both of Yakima, Lisa Cole of Anacortes, and Kristen Cole of East Wenatchee. He is also survived by sisters Florence Rice of Cashmere, Sandi Welborn of Gold Bar, and Joanne Cole of Snohomish, and brothers RoyLee Cole and Floyd Cole, both of Snohomish and Steve Cole of Wenatchee. He is also survived by grandchildren Matt Kilgore, Brett Kilgore, Sean Cole, Brianna Sommer, Jeff Schmidt, Mark Schmidt, and Braeden Radach. His great-grandchildren are Drake and Torben Sommer, Jax and Ava Cole, and Joanna and Jacob Kilgore. David was preceded in death by his parents and three sisters; Helen Deatherage, Virginia Rankin and Patricia Cole.

A private family service will be held. In lieu of flowers, donations may be made to the Cashmere Food Bank, 316 River Street, Cashmere WA 98815, or the Wenatchee Valley Humane Society, 1474 S Wenatchee Avenue, Wenatchee WA 98801.
Read Less

To send flowers to the family or plant a tree in memory of David George "Dave" Cole, please visit our Heartfelt Sympathies Store. 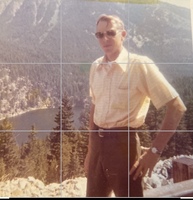 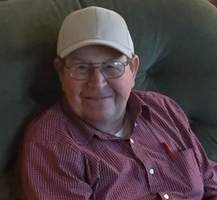 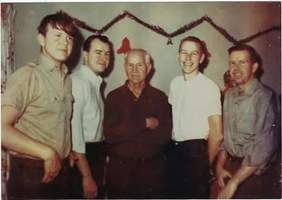