To share your memory on the wall of Harley Keller, sign in using one of the following options:

Harley was born in Palo Alto California on July 25th, 1984 to Joe Keller and Margueritte (Van Orden) Lively. Harley grew up in California, Montana, Washington, and Tennessee before moving back to Washington State in 2004 where he met and married Josie (Sheets) Scott in 2005 and had two beautiful sons.

Harley worked at a variety of jobs over the years including The Merchant Patrol, Marson and Marson Lumber, Washington Industrial Coatings in Port Orchard, L&S Automotive, Wenatchee Power Sports and Holiday Inn Express. He had also spent time involved and working with Lighthouse Ministries.

Harley had attended several different Churches in the area including King’s Orchard Church of Christ, Grace City Church, The Living Room, and The Lighthouse.

Harley loved to ride his Harley Davidson, he loved fishing and spending time outdoors. He had recently attended Wenatchee Valley College working towards a degree in Business and Accounting.

Harley could be temperamental, had no filter, and loved to have fun. He also went out of his way doing various unheralded acts of kindness wherever he went, whenever he saw someone in need. At times including buying food, giving the coat off his back, pushing stranded motorists off the roadway, helping people move, putting together bunkbeds for a single mom, just talking to a lonely elderly gentleman, and so very much more - never asking for nor wanting recognition.

Harley is survived by both parents, his son Dalton Keller of Ephrata, sister Tanya Buckley of Seattle, brother Michael Keller, sisters Desiree and Cassandra Lively of Tennessee, and special friend Kimberly Harmon. He was preceded in death by his youngest son Emmitt Keller in 2019.

A Celebration of Life will be held Sunday, June 13th at Rotary Park’s Southeast Shelter (Maple Street and Western Ave.) in Wenatchee at 1pm until 4pm. Please come and share your favorite story of Harley.
Read Less

To send flowers to the family or plant a tree in memory of Harley Joe Keller, please visit our Heartfelt Sympathies Store.

We encourage you to share your most beloved memories of Harley here, so that the family and other loved ones can always see it. You can upload cherished photographs, or share your favorite stories, and can even comment on those shared by others.

Posted Jun 02, 2021 at 02:13pm
Prayers and condolences for the family of Harley Joe Keller. My memories of Harley are many. His smile, his love for his Son Dalton and the early years with my daughter Josie. They lived with me when Dalton was born and what a joy that was to all of us. To see Dalton become a toddler and how proud of being a father Harley was. Life changed things but I prefer to remember Dalton's Dad as a young man when he was extremely happy with his new family.
Comment Share
Share via:

Posted May 05, 2021 at 07:12pm
I am so sorry for your loss. Harley was a good friend and I will miss the motorcycle rides we use to go on . He was there for me in a very dark time of my life and for that I will eternally owe him. Sending Love and prayers to Dalton, Kim, Joe and all his family and friends. He was loved by many and will be missed.
Comment Share
Share via: 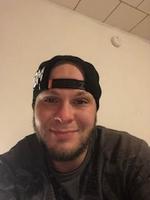 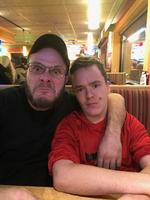 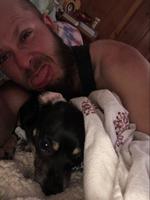 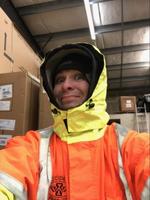