To share your memory on the wall of Vicki Allen, sign in using one of the following options:

The family remains saddened that Vicki’s struggles began upon the death of her daughter, Te’dra Ryan Herrera in 2012. She never fully recovered. Vicki shared with her sisters that after losing her daughter she had a deep pain in her heart that was always there and difficult to bare.

Vicki had a strong love for animals, especially her beloved cat, Allie. She loved to garden and share with her neighbors the bounty of her garden. She always loved being surrounded by pots of flowers while watching the birds and squirrels from her deck.

After Vicki’s passing, the family was asked to donate her corneas which gave the gift of sight to two people who now can enjoy the beautiful flowers, birds and ocean that she so loved.

The family of Vicki would like to thank her caregivers, Arlene and Brigitte the loving nurses and doctor that gave her care in ICU, and Chaplain Scott.

Those planning an expression of sympathy are asked to consider donation to the Wenatchee Valley Humane Society, P.O. Box 1965, Wenatchee, Washington.

There will be a celebration of life for Vicki on May 21, at 11:00 at Evergreen Memorial Cemetery, East Wenatchee, WA.

You are invited to view her tribute online at www.HeritageMemorialChapel.com and leave a memory. Arrangements are in the care of Heritage Memorial Chapel, East Wenatchee, WA.
Read Less

To send flowers to the family or plant a tree in memory of Vicki Lynn Allen, please visit our Heartfelt Sympathies Store.

Donations are being accepted for: WENATCHEE VALLEY HUMANE SOCIETY INC.

We encourage you to share your most beloved memories of Vicki here, so that the family and other loved ones can always see it. You can upload cherished photographs, or share your favorite stories, and can even comment on those shared by others. 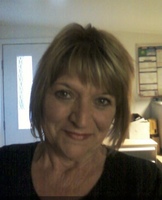