To share your memory on the wall of Forrest Williams, sign in using one of the following options:

Print
Forrest “Woody” Tyler Williams, loving brother and father passed away on April 14th, 2021 at the age of 75.

Woody was born in Seattle Washington December 6th 1945 to Gladys and Tyler Williams. After graduating High School Woody joined the Air Force spending his time there as a medic. As a young man he enjoyed skiing, skydiving, hunting and travel.

Woody then began a successful career at the Boeing Company doing every type of driving job- from fueling airplanes on the flight line to chauffeuring dignitaries, and was presented with the “Million Mile” award for driving accident free for over a million miles.

During this time Woody married and had two children, Tyler and Cameo. Although married life didn’t work out, Woody remained an involved father making time for family vacations and road trips with his kids.

Other special trips included Australia, Chile and South Africa along with backpacking sections of the Pacific Coast Trail in Washington with his cousins.

Upon retirement, Woody moved to rural Eastern Washington near Oroville with his 4 hunting dogs to keep him company. He always loved dogs and was truly their best friend. A lifelong hunter and outdoorsman Woody enjoyed his 20 acres of land on the river, and the solitude of the area. Woody remained an avid skier and continued to ski with son Tyler in Washington, Canada and Chile.

Woody was preceded in death by his father Tyler and mother Gladys. He is survived by his children Tyler and Cameo and his sisters Carole and Barbara (Tom). The family has planned a private Memorial.
Read Less

To send flowers to the family or plant a tree in memory of Forrest Tyler Williams, please visit our Heartfelt Sympathies Store.

There are no events scheduled. You can still show your support by sending flowers directly to the family, or planting a memorial tree in memory of Forrest Tyler Williams.
Visit the Heartfelt Sympathies Store

We encourage you to share your most beloved memories of Forrest here, so that the family and other loved ones can always see it. You can upload cherished photographs, or share your favorite stories, and can even comment on those shared by others.

Posted May 10, 2021 at 11:15pm
Woody was always a constant in my life as my loyal big brother. He was fun loving and really sought out adventure in his life.
He was a hard worker too, working non stop since he was a teenager in many different jobs. He liked to talk about his experiences at those jobs, people he met and what he learned. A fond memory I have is back in 1990 - Woody called me up at midnight saying come watch with me- the I 90 bridge is sinking! He picked me up and we watched in amazement as it was going down. He always liked to look at the funny side of life and was quick with a story about something that he thought others would enjoy as well. He was truly one of a kind. We were blessed to have him in our lives.
Comment Share
Share via:
MH

Posted Apr 22, 2021 at 12:22pm
I was sad to hear of Woody’s passing. I am thankful that we had a nice visit a few years ago... it was so good to hear his voice again, like time had not passed. I only have the fondest loving memories of Woody...summer sunshine, music and his corvette, the song “ green eyed lady” blaring on the radio as we drove down the freeway through downtown Seattle one beautiful evening. Cherish the good memories.
Margie
Comment Share
Share via: 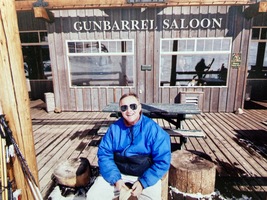 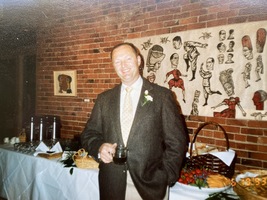 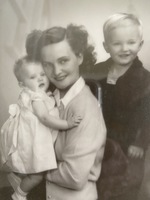 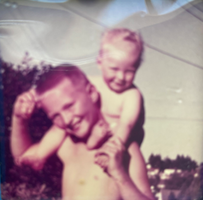