To share your memory on the wall of Jewell Yancey, sign in using one of the following options:

She was born on December 12, 1934 at Oxford, Arkansas to the late Aaron and Jane (Johnson) McVey. She was raised and received her education in Oxford, Arkansas, graduating from Oxford High School. She met and was later married to Clayton Yancey on April 4th 1953 in Oxford, Arkansas, where they made their first home together. They moved their family to the Wenatchee Valley in the mid 1950’s and settled first in Wenatchee. They later moved to Cashmere, all the while keeping their home in Wenatchee.

Jewell worked packing apples and pears for Holman’s, McDougall’s and later Blue Starr Fruit Warehouses. She had also worked for a short time at Lamb Weston in Quincy when they made their home in George, before returning to Wenatchee.

On June 19, 2007, she was preceded in death by her husband, Clayton Yancey. She has since continued to make her home in Wenatchee.

Jewell was an avid gardener, she especially enjoyed cooking and holidays. She loved spoiling her grandchildren.

A special Thank You to Blossom Creek Memory Care for their Extra Special Care.

A Graveside service will be held on Tuesday, April 20th at 1:00 p.m. at Cashmere City Cemetery.
Read Less

To send flowers to the family or plant a tree in memory of Jewell Marie Yancey, please visit our Heartfelt Sympathies Store.

There are no events scheduled. You can still show your support by sending flowers directly to the family, or planting a memorial tree in memory of Jewell Marie Yancey.
Visit the Heartfelt Sympathies Store

We encourage you to share your most beloved memories of Jewell here, so that the family and other loved ones can always see it. You can upload cherished photographs, or share your favorite stories, and can even comment on those shared by others.

Guaranteed hand delivery by a local florist
BE

Posted Apr 22, 2021 at 10:06am
Bruce,
I am so very sorry to hear of the passing of your Mom. Know that I am thinking of you during this time.
Sincerely, Bob Etzkorn
Comment Share
Share via: 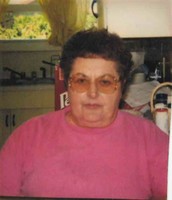