To share your memory on the wall of Elvin Nichols, sign in using one of the following options:


Elvin Earnest Nichols, 77 years of age, passed at his home on March 30, 2021 due to IPF (Idiopathic Pulmonary Fibrosis). Elvin was born October 18, 1943, to Dorothy and Forrest (Nick) Nichols, in Lindsay, California. Graduated from Lindsay High School in 1962 and attended Pasadena Nazarene College for a brief time, stating, “college is not for everyone”. Elvin married Peggy Vincent on September 3, 1965 in Lindsay, California. Two years later Elvin was honorably discharged from the Marine Reserves...he was then a father of a 5 month old daughter, Marnye and three years later Tiffanye joined the family.

He was employed by Champion Mobile Homes in Lindsay for “10 +” years ...then moved to Wenatchee, Washington in 1976 beginning his more than thirty year career as a Finish Carpenter, working primarily in new construction.

In July of 1995, Elvin played a major role in opening Pickle Papers. He built all the displays, counters, finish work and provided a large portion of the financing. There is a lot of Elvin’s heart and soul in that store - he was always ready to help build one more shelf or loan Peggy and Marnye whatever was needed.

Elvin was a faithful Christian attending Sage Hills Church at the time of entering Glory. He is survived by his wife, Peggy; children: Marnye Woodrum (Casey), Tiffanye Nichols Zsoka (Ken). Preceded in death by his parents, and his brother, Richard A. Nichols, mother-in-law and father-in-law, Ocie and James Vincent, and nephew, Andrew Vincent.

In lieu of flowers, the family suggests memorial contributions be made to the Pulmonary Fibrosis Foundation, 230 East Ohio Street, Suite 500, Chicago, IL 6061. www.ipffoundation.org/donate/

THANK YOU to Hospice for their amazing help in Elvin’s journey, especially to his primary Hospice Nurse, Renata and to Gail Dix in the final hours of Elvin's life.
Read Less

To send flowers to the family or plant a tree in memory of Elvin Earnest Nichols, please visit our Heartfelt Sympathies Store.

Donations are being accepted for: PULMONARY FIBROSIS FOUNDATION.

We encourage you to share your most beloved memories of Elvin here, so that the family and other loved ones can always see it. You can upload cherished photographs, or share your favorite stories, and can even comment on those shared by others.

Posted Apr 07, 2021 at 12:38pm
We are deeply saddened by Uncle Elvin's passing and wish we could be there to share memories of what a tremendous man he was. He will be missed.

Posted Apr 06, 2021 at 11:20am
Dear Peggy, Marne and Tiffanye...our hearts ache for you today, yet rejoice that he is with Jesus at such a glorious time of the year!
Chet and I did not know Elvin, but do know that he had to be a wonderful human being, seeing the way you all looked at him so lovingly in your photos. We know he will be greatly missed by all who knew and loved him and you will cherish the memories always. Our love to you, Louise and Chet
Comment Share
Share via:
ML

Posted Apr 06, 2021 at 10:32am
May the love and peace of Our Father be with you today and always, as beloved Elvin is now in His presence! You are in our hearts and prayers! Love,

Posted Apr 06, 2021 at 01:19am
Every single time our family had the pleasure of spending time with Elvin, we were in the presence of joy. Humor and a listening ear were always at the ready. A true people person who made you feel like you were the most interesting person in the world. Husband, Father, Friend-there aren’t many out there who could measure up. Love and Comfort to you Peggy, Marnye and Tiffanye from the Aaron Family
Comment Share
Share via:

Posted Apr 04, 2021 at 11:57am
Peggy, Marnye, Tiffanye My heart felt sorrow for the lose of your husband and father; the tribute and pictures were wonderful. Remember he will be present in your lives forever, please take comfort in that. Love, Cindy Rowe
Comment Share
Share via: 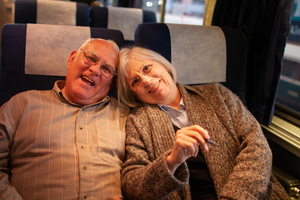 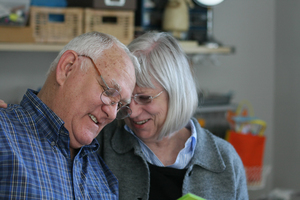 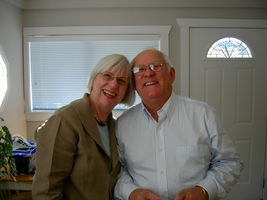