To share your memory on the wall of Linda Lehne, sign in using one of the following options:


Linda Raye Lehne peacefully passed away in her home on March 8, 2021.


Linda Raye Lehne peacefully passed away in her home on March 8, 2021.

Linda was born in Murphysboro, Illinois on June 20, 1948. In the early 50’s, her family moved to the Wenatchee Valley. She graduated from Wenatchee High School in 1966 and attended Wenatchee Valley College.

After college, Linda worked in the valley for several years before moving to Spokane. She eventually moved to San Diego, CA with her sister for a short time. But Washington soon called her home, and she met her first husband, Frank Newman in 1985. They moved to Reno, Nevada and enjoyed a few years exploring the area.

Later on, Linda decided to move back to the Wenatchee Valley and met her second husband Denis Junet. After a brief marriage, they decided that they were better friends. They remained best friends, spending most of their time together until she passed away.

Linda enjoyed sewing, genealogy, crafting jewelry, dolls, and taking all day adventures exploring the Wenatchee Valley. She also had a love for Elvis – music, pictures, memorabilia; she was truly his biggest fan!

She is survived by her best friend Denis Junet, her brothers Robert Taylor and Kenneth Lehne, her sister Pamela Auvil, and numerous nieces and nephews. She is preceded in death by her parents Reinhold and Hazel Lehne, and her sister Paula Campbell.
Read Less

To send flowers to the family or plant a tree in memory of Linda Raye Lehne, please visit our Heartfelt Sympathies Store.

We encourage you to share your most beloved memories of Linda here, so that the family and other loved ones can always see it. You can upload cherished photographs, or share your favorite stories, and can even comment on those shared by others.

Guaranteed hand delivery by a local florist
A

Posted Mar 24, 2021 at 11:44am
This came to me as a shock 😭😭😭
Why good people don't always stay long
Why death took you away now
I know you always telling me you gonna spend uo to 112-117 years but death took away at 72
Linda Raye jessi Lehne this really broke my heart
I wish something can be done to bring you back
March 6th that you were talking to me I didn't know you were saying good bye
And I will not forget all you told me that day
And I will always remember you forever
Rest in peace Linda
Your Godson
Comment Share
Share via:
A

Posted Mar 24, 2021 at 11:27am
It's so sad you left us so soon
And I'm so devasted and depressed because your death came as a shock
So painful I will not get that chance to see you in person
It's more painful that you gone forever Linda
You have left a good memories and I will always remember you forever and one day I will come to memorial place to place my last respect in person
I will always going to miss you
I know you would not be happy leaving me alone in this miserable world
But death took you away from me
Rest in peace my God Mother
Till will meet again
My condolences to Pam ,Dennis ,Rod and my Linda dog Angel and to the rest of the family
Comment Share
Share via:
LB

Posted Mar 11, 2021 at 10:40pm
I’m so sorry to hear about Linda. I still have all the Barbie clothes that she made for me. Thinking of you all.
Lorrie Jones Bradley
Comment Share
Share via: 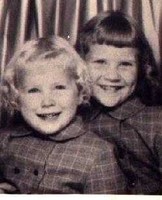 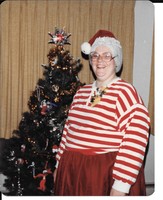