To share your memory on the wall of Bryan Johnson, sign in using one of the following options:


Bryan Keith Johnson - beloved son, grandson, brother, husband, father, and friend, passed away at the age of 50 on March 6, 2021 of pneumonia complications from COVID-19.

Born in Bremerhaven, Germany on May 30, 1970, Bryan lived in Bremerhaven, Berlin and then later moved extensively around the United States before graduating from high school in Marysville, WA.

Bryan met Christina “Chrissy” Dress when he and a friend performed a Chrissy rescue operation in the middle of a snowstorm. They fell in love, married in April 1997, and found out they were pregnant with Chazz shortly afterward.

He was a weed applicator for many years at both Kittitas and Grant County Noxious Weed Control Boards and loved working outdoors.

Bryan adored being Chrissy’s husband and being a hands-on dad to Chazz, creating and building with his hands, and throwing frequent BBQs for friends and family. He was infinitely patient and would lend a hand to anyone who needed it.

He was “Uncle Fun”—a joyful and positive presence —and will be so deeply missed by everyone who knew and loved him.

Bryan is survived by his cherished wife Chrissy (Dress) Johnson and best friend and son Chazz; mother Diana (Calahan) Johnson of Kennewick; sister Michele Johnson and niece Kelsy of Kennewick; grandparents Bud and Helen Calahan of Yakima; numerous aunts, uncles, cousins, and his niece; his “brother from another mother” Dan Piles and wife Cheri of Tenino, and father-in-law Bill Dress and wife Mary Ann of Moses Lake. Bryan was preceded in death by his father James Johnson.

In lieu of flowers, the family requests that donations be made in Bryan’s name to the Special Olympics at SpecialOlympics.org or at the Donations section below.
Read Less

To send flowers to the family or plant a tree in memory of Bryan Keith Johnson, please visit our Heartfelt Sympathies Store.

There are no events scheduled. You can still show your support by sending flowers directly to the family, or planting a memorial tree in memory of Bryan Keith Johnson.
Visit the Heartfelt Sympathies Store

Donations are being accepted for: SPECIAL OLYMPICS WASHINGTON.

We encourage you to share your most beloved memories of Bryan here, so that the family and other loved ones can always see it. You can upload cherished photographs, or share your favorite stories, and can even comment on those shared by others.

Posted Mar 29, 2021 at 10:21pm
Chrissy and Chazz,
I am so sorry to read about Bryan's passing. I will always remember you as such a solid and loving family of 3! My prayers are with you! May God bless you with peace, comfort, and many, many happy memories. Hugs, Kelly Gettles
Comment Share
Share via: 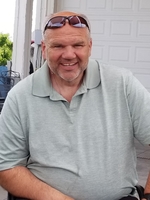 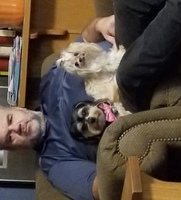 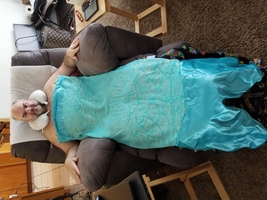 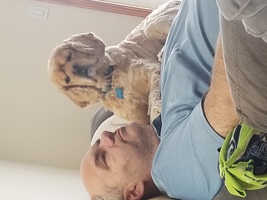