To share your memory on the wall of Robert \"Bob\" Curtis, sign in using one of the following options:


Robert L. “Bob” Curtis passed away March 7, 2021 at the age of 87 following a lengthy battle with Alzheimer’s. Bob was born on November 17, 1933 to Bernard and Elouise (Troutman) Curtis in Wenatchee WA. Bob was raised in Cashmere and attended Cashmere schools graduating in 1951 from Cashmere High School. In 1952, Bob married Patty Pobst (Patty Christensen) and together they raised 4 children in their 25-year marriage.

Bob attended Pacific Lutheran College, graduating in 1955 with a degree in Business administration. He was a strong supporter and alumni of PLU and received the Distinguished Alumni award. In 1956 Bob moved his young family to East Wenatchee and joined his father Bud in opening and managing Curtis Thriftway. The business flourished for many years and allowed Bob to pursue public service through the formation of the Eastmont Jr. Chamber of Commerce, the East Wenatchee Jaycees, of which he was a charter member. He remained active in that organization and became President of the Washington State Jaycees in 1963 and later to become the National President of the US Jaycees.

Bob became active in local politics and in 1968 he was elected to represent the 12th district in the Washington State legislature. Also, during the early 70’s he was active with the Washington State Food Dealers Association and served as the state president in 1971-72. In 1976 he closed Curtis Thriftway and opened
Curtis-C Travel in East Wenatchee. His love of travel created many wonderful travel adventures around the world. In 1986 he partnered with Dr. Bruce Barritt of the WSU Tree Fruit organization to lead tours of orchardists and nursery owners around the world on annual International Tree Fruit Study Tours. They travelled and studied growing techniques in the United Kingdom, The Netherlands, France, Italy, New Zealand, Australia, Belgium, Germany, Switzerland, Japan, Chile, Argentina, Brazil and China. In all, they conducted 13 tours and escorted hundreds of growers, making life-long friends in every country they visited.

In September of 1996, Bob married his beloved “Lady Vera” (Vera Mays). She became his great traveling ambassador on his many tours and made hospitality her trademark: between the two of them making everyone they met feel welcomed and important. Bob and Vera were very active in the Washington St. Applelarian organization, Bob joining in 1966, and in 1999 Bob was named Applelarian Chancellor and “Lady Vera” served alongside him. Recognizing both of them for the many hours of volunteerism they were rewarded with the Lehman Johnson award in 2008 for outstanding contributions to the Washington State Apple Blossom Association.

Bob was an active lifetime member of Grace Lutheran Church both in Cashmere and Wenatchee. He was active in the Association of WA Business, the East Wenatchee Rotary club, and was named a Paul Harris fellow of Rotary International.

Bob was preceded in death by his parents, Bud (Bernard) and Eloise Curtis, his sister, Carolyn McCart, his brother Richard (Dick) Curtis, and numerous aunts and uncles. He is survived by his wife Vera of 24 years, his children, Joyce (Jon) Vognild, Robin (Jeff) Curtis, Janie (Ron) Dymond, and Brian (Ardys) Curtis, stepchildren Brad Sterley and Brynda Moore. Sisters in-law Neena Fritz and Nadya Curtis. He enjoyed his 10 grandchildren and 6 great-grandchildren.

The family will hold a private celebration of his life with interment at Grace Lutheran Memorial Garden.

The family wishes to acknowledge with deep appreciation friend, Ginni Hinitz, the many staff members for their loving care at Cashmere Care Center, Heritage Memorial Chapel, and numerous others for their many acts of kindness, prayers, calls and messages expressing their love during this long goodbye.
Read Less

To send flowers to the family or plant a tree in memory of Robert "Bob" Lynn Curtis, please visit our Heartfelt Sympathies Store.

Gene and Carol Sharratt sent flowers to the family of Robert "Bob" Lynn Curtis.
Show you care by sending flowers

As a kid growing up in East Wenatchee, I knew of Bob Curtis from his entertaining radio ads for Curtis Thriftway.

My first face-to-face encounter with Bob was when he was the speaker at the Cashmere Rotary Club and I was the senior boy representative to the club. I clearly remember thinking: "I want to be him when I grow up."

So it was a great honor when I was selected to be his Legislative intern during the 1971 legislative session. While watching Bob chair the Business and Professions committee as an effect and fair leader, he became my role model. Bob was liked and respected on both sides of the isle.

I was also honored when he asked me to serve as his campaign manager. I will always remember driving with him and George Sellar up Pine Canyon to Waterville late on election night to watch the Douglas County returns being tabulated. Politics seemed more fun in those days.

So sorry for your loss.

After we talked, so many memories flashed through my head. I was surprised at the detail I could remember from my many interactions with Bob.

I hope my comments meet your needs.

Kathy and I join so many in expressing our deepest sympathies on the loss of a very special man.

He was a true friend and mentor. We shared many fun times on their patio and meals together. Bob was always the consummate host for any and all who had the good fortune to have him in their life.

We shared trips to many festivals in the Northwest including an “epic road trip” in his motor home to Portland! Such good times and memories made with Bob and Vera.

We will certainly miss “Bobathy” , as well as his positivity and constant smile. Farewell dear friend .

Our friendship with Bob goes back to 1944 when our family moved to Dryden and my sister and I started attending the Grace Lutheran Church (above the Bank) in Cashmere. Our friendship continued in Luther League and P L U. Bob and I became members of the Lutheran Campus Ministry in Ellensburg at Central Washington University in 1967. The next year Barbara and I joined the successful campaign for Bob's election to the Washington State House of Representatives. Four years later Bob, George Sellar, and other Republicans recruited me to run for the other House seat and gave me great encouragement and support.
As a life-long Lutheran I have enjoyed celebrating our common faith with Bob. His photographs show his infectious smile that we will always remember.

Posted Mar 13, 2021 at 05:01pm
I remember Bob from Curtis Thriftway. He always had a big smile and was very friendly. He was one of those people who truly cared about great customer service and being kind to others. Our heartfelt condolences go out to the Curts family, especially Joyce and Robin. John and Nancy Hatzenbihler
Comment Share
Share via: 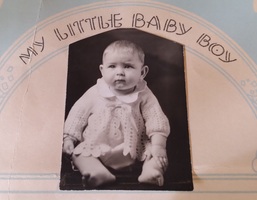 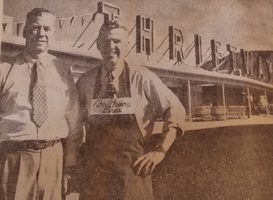 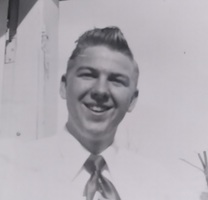 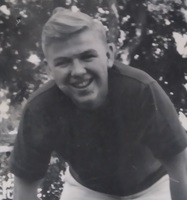