To share your memory on the wall of Elaine Sutton, sign in using one of the following options:

Elaine K. Sutton passed away on March 3rd, 2021, after a short battle with brain cancer (Glioblastoma). She was born May 1, 1937 in Wenatchee, WA, to Fred and Mollie Miller. She was raised in Dryden, WA with her two brothers Gordon and Keith on the family orchard farm. She graduated from Dryden High School in 1955 and was valedictorian of her class and voted "Princess Dryden". Elaine and her family were members of the Dryden Community Church.

After high school, she moved to Seattle where she met Richard Sutton. They married August 31st, 1963 and lived in Bellevue, WA for seven years and had one son, Scott. In 1971, a job transfer led them to move to Great Falls, Montana.

Divorced in 1978, she moved back to the Wenatchee area to be near her family. She worked for the Washington State Department of Social and Health Services as a customer service specialist for 25+ years until her retirement in 2012.

Elaine was an avid walker especially with Katie, her Schnauzer dog and has logged many, many miles throughout the Eastmont Community Park pathways. She was a skilled seamstress who enjoyed sewing and quilting blankets for charity during her retirement. She also canned seasonal fruits yearly from the local farmers in the Valley and enjoyed attending performances of the Wenatchee Community Concert Series.

She will be deeply missed and was preceded in death by her parents and her brother, Gordon Miller. She is survived by her son, Scott (Lisa) Sutton of Tacoma, WA; granddaughter, Mia; brother, Keith (Vicki) Miller of Cashmere, WA; nephews, Seth (Laura Jordan) Miller of Olympia, WA, Philip (Katie) Miller of Vancouver, WA, and Nathan Miller (Corey White) of Olympia, WA.

Our family would like to thank her neighbors, especially Jeremy and Kelli for always lending a helping hand when it was needed. Also, the entire staff at Mountain Meadows Assisted Living in Leavenworth, WA and the hospice team at Confluence Health for their exceptional care of Elaine during her last days.

In lieu of flowers, memorial contributions may be made to one of her favorite charities, The Wenatchee Valley Humane Society, in her name at the direct link below or under "Donations" below.
https://www.wenatcheehumane.org/donate-online

Memorial Services will be held at a later date. Arrangements are by Heritage Memorial Chapel in East Wenatchee and the Cashmere City Cemetery.
Read Less

To send flowers to the family or plant a tree in memory of Elaine Katherine Sutton, please visit our Heartfelt Sympathies Store.

Print
Memorial Services will be held at a later date. In lieu of flowers, memorial contributions may be made to one of her favorite charities, The Wenatchee Valley Humane Society, in her name at the direct link below or under "Donations" below. https://www.wenatcheehumane.org/donate-online

Donations are being accepted for: WENATCHEE VALLEY HUMANE SOCIETY INC.

We encourage you to share your most beloved memories of Elaine here, so that the family and other loved ones can always see it. You can upload cherished photographs, or share your favorite stories, and can even comment on those shared by others.

As a former Dryden DHS graduate I too have fond memories of our old school and the special kids who were proud of the little village we called home. The Miller families were a major part of the community. We all learned to work in the orchards or packing sheds.
Elaine was an excellent student and a leader in her class. Professionally her role at DSHS was exemplary!

Elaine was such a kind Aunt. Always smiling and very supportive and encouraging. Such a sweet and loving soul and she will be missed. 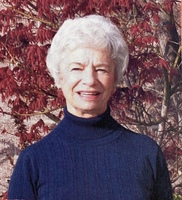 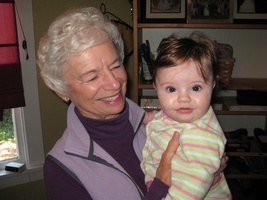 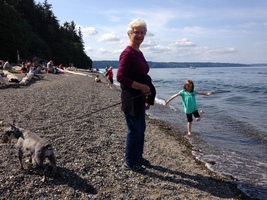 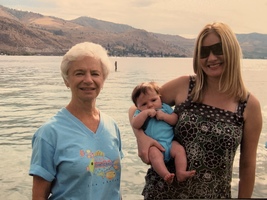