To share your memory on the wall of Teresa Cox, sign in using one of the following options:

Teresa was born on June 1, 1955 in Wenatchee, Washington to Charles Doyle and Ruth Elizabeth (Dorsett) Bennett Sr. She was raised in East Wenatchee and Graduated from Eastmont High School in 1973. She met and was later married to Stephen “Steve” Cox of Wenatchee. They made their home together in the Wenatchee area until Steve’s job lured him to be headquartered in The Dalles, Oregon and they moved to make their home in the rural treed area outside of Goldendale in the mid 2000’s.

She was an avid bowler and bowled on leagues with her husband and parents for many years. Teresa loved Seaside, Oregon and walking the beach, playing card games and games on her Kindle, flowers and gardening, shopping, her animals, home improvements, watching the Seahawks play, and collectables. She always made sure her children were taken care of and was a fan of watching her sons play sports. She travelled with her husband to his softball league games and was their scorekeeper. Teresa loved hosting friends and family at their home, she liked to make their home feel like a home especially loved the holidays.

A Commemoration Service will be held on Thursday, March 4, 2021 at 10:00 a.m. at the Valley View Seventh-day Adventist Church, 1211 10th Street N.E. East Wenatchee, WA. A concluding service and the Entombment will follow in Evergreen Memorial Park. Visitation will be at the Funeral home on Wednesday from 2 to 7 p.m.
Read Less

To send flowers to the family or plant a tree in memory of Teresa Ann Cox (Bennett), please visit our Heartfelt Sympathies Store.

We encourage you to share your most beloved memories of Teresa here, so that the family and other loved ones can always see it. You can upload cherished photographs, or share your favorite stories, and can even comment on those shared by others.

The Willison Family purchased flowers for the family of Teresa Cox. Send Flowers

Posted Feb 27, 2021 at 03:07pm
So many great childhood memories of being at my aunt's house playing with my cousins. We always joked she was the mean aunt not because she was mean but because we couldn't get away with as much at her house. Lol. She was always there for me and my siblings throughout our childhood. Never once did she say no to us staying the night. We were always welcomed and loved there.
Comment Share
Share via:
YP

I graduated with Teresa. Shortly after graduation she became my roommate. Teresa was beautiful and had a very mischievous sense of humor. Eventhough I haven't seen her for many years fond memories of her often had me thinking of her. My deepest sympathies go out to Steve, her sons, grandchildren, other family members and friends. 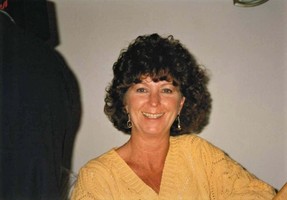