To share your memory on the wall of Joseph \"Joe\" Accardo, sign in using one of the following options:

Joe was born June 21, 1955 in Detroit, Michigan. Joe spent the majority of his childhood growing up in the San Joaquin Valley, primarily in Modesto, California. He made several life-long friends there and was proud to be part of Modesto High’s Class of 1974. In 1976, Joe’s daughter, Julie Anne, was born.

Joe relocated to Washington State in the 1980’s and continued his career as a custodian, first working at Lamont’s Apparel in East Wenatchee, then Central Washington Hospital, Wenatchee School District, and finally retiring from Pacific Aerospace in August 2020. Joe also had an entrepreneurial spirit and started several businesses over the years including Window Care Company and Valley Lawn Service. Joe was an avid woodworker and enjoyed making a variety of things in his woodshop.

In 1989 he met Julee Renner of Wenatchee, and they were later married on February 17, 1996. Their son, Adam Joseph, was born in 2001. Joe loved being a dad and being part of Adam’s life, and spent many lunches in the Sunnyslope Elementary cafeteria.

Joe enjoyed traveling, with one of his favorite trips being to Bermuda to visit his daughter Julie and meet his granddaughter, Meira. From then on, Joe was “Papa” and loved spending as much time as possible with his granddaughter.

Joe is survived by his daughter, Julie (Adrian) Allen of Orange Park, FL; Adam (Maria) Accardo of Wenatchee, WA; sisters June (Jim) Miller of Spavinaw, OK and Sinda (Jerry) Carson of Modesto, CA; ex-wife and caregiver, Julee Accardo of Wenatchee; numerous nieces and nephews; and his special granddaughter, Meira. Joe was preceded in death by his parents and his brother Ken.

A Celebration of Life will be held at a later time when weather permits to allow family to travel. You are invited to view Joe’s online tribute at www.HeritageMemorialChapel.com to share a memory or leave a condolence. Arrangements are in the care of Heritage Memorial Chapel, East Wenatchee & Cashmere.
Read Less

To send flowers to the family or plant a tree in memory of Joseph "Joe" Angelo Accardo, please visit our Heartfelt Sympathies Store.

There are no events scheduled. You can still show your support by sending flowers directly to the family, or planting a memorial tree in memory of Joseph "Joe" Angelo Accardo.
Visit the Heartfelt Sympathies Store

We encourage you to share your most beloved memories of Joseph "Joe" here, so that the family and other loved ones can always see it. You can upload cherished photographs, or share your favorite stories, and can even comment on those shared by others.

Posted Feb 20, 2021 at 04:00pm
I'm so sorry to read of Joe's passing. When Joe worked for WSD one of his assignments was working in the special education office area. That is where I met Joe and enjoyed getting to know him.He would often "start" his day in the sped offices down at my end of the hall. He was always very upbeat, chatty and full of stories. He was so proud of his family and often talked about them. My condolences to his loved ones. Amy Evitt
Comment Share
Share via: 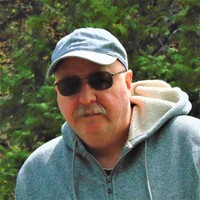