To share your memory on the wall of Gordon \"Gordie\" Moir, sign in using one of the following options:


Gordon “Gordie” E. Moir, 80, a 67-year Wenatchee resident, passed away on Sunday, February 7, 2021 at Central Washington Hospital - he went peaceful into the arms of Jesus.

Gordie was born on April 23, 1940 in Glasgow, Montana. Son of the late George and Victoria (Barrett) Moir, they made moves from Wagner, MT, to Hayden Lake, ID, Tekoa, WA, and Spokane before settling their family in Wenatchee in 1954. Gordie attended H.B. Ellison Junior High and Wenatchee High School.

Following school, he went to work at Western Union delivering messages and later doing deliveries for Harry Shaffer Bakery. He then went to work for A1 Janitorial where he worked with his father and brother. In February 1975, Gordie started his own business: GEM Custom Cleaning Janitorial Service.

Gordie met and was later married to Virginia Mae Stahley on March 10, 1979 in East Wenatchee. In 1989, they changed the business’s name to Shine 4 U and began to specialize in window cleaning (their slogan was “Sparkling Clean Windows”). After a job was done, he loved to take coffee breaks with his family at different restaurants. Gordie continued his business until his passing.

In 2008, his daughter Deborah started a janitorial service in Cheney known as Shine 4 U Janitorial Service. She was trained by her father to clean windows.

Gordie became a Born-Again Christian at the age of 9 in Tekoa, Washington. His father baptized both he and his brother on the same day. He was a longtime member of the First Baptist Church and had more recently joined Calvary Crossroads Church.

There will be a private family service at Evergreen Memorial Park where Gordon will be placed in the Mausoleum. You are invited to view Gordie’s Online Tribute at www.HeritageMemorialChapel.com where you can view photos and write memories and/or condolences. Arrangements are in the care of Heritage Memorial Chapel, East Wenatchee.
Read Less

To send flowers to the family or plant a tree in memory of Gordon "Gordie" Everett Moir, please visit our Heartfelt Sympathies Store.

There are no events scheduled. You can still show your support by sending flowers directly to the family, or planting a memorial tree in memory of Gordon "Gordie" Everett Moir.
Visit the Heartfelt Sympathies Store

We encourage you to share your most beloved memories of Gordon "Gordie" here, so that the family and other loved ones can always see it. You can upload cherished photographs, or share your favorite stories, and can even comment on those shared by others.

Posted Feb 20, 2021 at 08:58am
Aunt Ginny, We are sorry for your loss. You are in our thoughts and prayers during this difficult time. We will always remember Gordie with fondness and warmth. It was always a pleasure to see him at family gatherings.
Mark and Erica Anderson
Comment Share
Share via:
DG

Posted Feb 19, 2021 at 01:07pm
Whenever we were around Gordie we felt comfortable like we had known him our whole life. He always had a smile that warmed your heart to go with his upbeat personality. If I happened to be playing in a handball tournament Virginia and Gordie were always there to support me through my matches. Thank you Gordie for making our cousin complete.
May your love of God, family and life keep you strong and upbeat.
Love Dean and Cathi Grimbly

Posted Feb 18, 2021 at 08:08pm
Life with you has always been fun
Memories that linger thru my mind run.
I’ll miss you forever but know you’ll be near
Can’t wait to walk thru heaven and see you there.

Uncle Gordie, loved him and his Moir-humor ways so much. You’ll be missed but not forgotten and I know your way of thinking will always be with me. Thanks for keeping me quirky and Moir-like.
Comment Share
Share via: 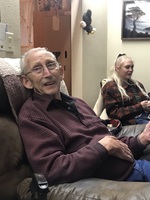 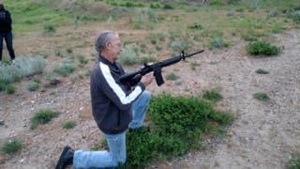 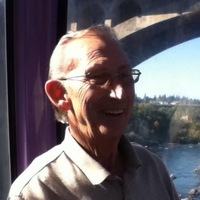