To share your memory on the wall of Norman \"Norm\" Winters, sign in using one of the following options:

Norman Scott Winters -- devoted husband and father -- passed away on Sunday, February 7, 2021, at his home in East Wenatchee, WA, following an extended illness. He was 64 years old.

Norman Scott Winters -- devoted husband and father -- passed away on Sunday, February 7, 2021, at his home in East Wenatchee, WA, following an extended illness. He was 64 years old.

Norm was born in Wenatchee, WA on October 1, 1956 to Robert and Naoma Winters. He grew up in the Wenatchee Valley, enjoying many outdoor activities. He especially loved spending time at his grandfather’s pear ranch near Leavenworth, WA. He married Kathy Wood, August 3, 1979, in Wenatchee, WA. They raised a daughter and two sons. Norm enjoyed working in construction for many years. He owned Plumbco, Inc., which serves the fruit industry and many local businesses.

Norman was the most proud of being a father and husband. He liked to travel and vacation with his family. He loved to drive boats, jet skis, and motorcycles. Norm will be remembered for his unique personality and sense of humor. Also for his generosity and acts of service. He had a sharp mind and shared a wealth of knowledge with many people.

*Due to COVID-19 restrictions, there can only be a small, private memorial service. You are invited to view Norm’s online tribute at www.HeritageMemorialChapel.com to share a memory or picture, or leave a condolence. Arrangements are in the care of Heritage Memorial Chapel, East Wenatchee & Cashmere.

*Memorial contributions/donations are welcome at either the National Brain Tumor Society or the American Brain Tumor Association. For notifications of donations in Norman’s name, use winterschathamhill@msn.com.
Read Less

To send flowers to the family or plant a tree in memory of Norman "Norm" Scott Winters, please visit our Heartfelt Sympathies Store.

There are no events scheduled. You can still show your support by sending flowers directly to the family, or planting a memorial tree in memory of Norman "Norm" Scott Winters.
Visit the Heartfelt Sympathies Store

We encourage you to share your most beloved memories of Norman "Norm" here, so that the family and other loved ones can always see it. You can upload cherished photographs, or share your favorite stories, and can even comment on those shared by others.

Your friends @ CliftonLarsonAllen sent flowers to the family of Norman "Norm" Scott Winters.
Show you care by sending flowers

Posted Feb 21, 2021 at 10:57pm
Kathy, do you remember going to Hawaii with us and Norm and I decided that we were going to try surfing so we rented boards and they showed us how to put wax on the boards so we could stay on them? We paddled out on our stomachs to catch the waves but most on the time we were at the bottom of the waves rolling around in the sand. We didn't have shirts on and by the end of the day both of our nipples were rubbed raw because sand got on the wax of the surf board. We both decided we were not cut out to be surfers! I will miss you Buddy...... so many great memories with you.
Doyle
Comment Share
Share via:
SL

Posted Feb 19, 2021 at 02:32pm
Kathy, Jessica, Zack, and Alex, it was such an honor to know your husband and dad. He was among the kindest, and most giving people I know. When I think of Norm, I see a devoted husband to Kathy and an attentive and loving father to Jessica, Zack, and Alex. He also took my son, Alex, under his wing and was an amazing mentor to him. I am so sad that Norm is no longer with us, but I'm privileged to have had the chance to know him. I am so thankful, as I know you are, that he is no longer suffering. May the beautiful memories you have with him comfort you during the most difficult times. His legacy lives on in each one of you. All my love, Sandy Loomer
Comment Share
Share via:
YC

Posted Feb 12, 2021 at 08:19pm
Norm I still Remember Me You and Decamp and Bayne riding down no 2 Canyon and you missed the Corner and we all thought you died But you Jumped back up and yelled . Crazy Days Norm R.I.P. Buddy.
Comment Share
Share via: 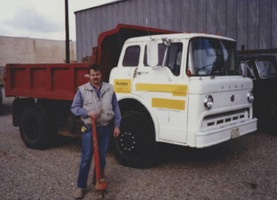 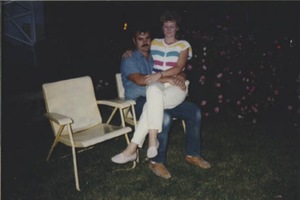