To share your memory on the wall of Rena Nielson, sign in using one of the following options:


Our loving wife, mother, grandmother, great-grandmother, sister, aunt and friend, Rena Lou Casper Nielson, passed away on January 28, 2021. Born August 10, 1930 in Roosevelt, Utah to Joseph Warren Casper and Rena May Woodard. Married Max Marcellus Nielson on February 1, 1952 and later sealed in the Salt Lake Temple on February 23, 1965, they were married for 48 years.

She spent her growing up years in Daniel, UT with two older brothers, Glade and William Casper, and two younger sisters, Deon Hortin and LaNeva Smith. After her marriage she lived in Benjamin, UT until she and Max decided to buy a farm in Basin City, Washington in 1961. Rena Lou was a hard worker, for the next 14 years she helped with the farm, raised her family and drove a school bus. In 1975 they sold the farm and moved to Leavenworth, Washington where she lived until her death. In her 50’s she decided to go back to school and graduated from Trend Business College. She went on to work at Der Ritterhof Motel until she was in her 80’s.

Rena Lou was active in the Church of Jesus Christ of Latter-Day Saints all her life. She served as Relief Society President several times, was Primary President, and fulfilled many other callings in the ward. She was very talented and shared her talents with those around her. She was an excellent seamstress, making her own clothes, sewing dresses for her girls, and sewing projects to donate. She made many quilts for her family and friends, decorated cakes and she especially loved to garden. Her happiest moments were those she spent in her garden growing flowers and vegetables. She loved to travel. Later she took up card making.

Rena Lou loved her family. They were important to her and she loved to visit with them and have them visit her. She is survived by Kathy Anderson (Brent) Mattawa, WA, Mary Ann Curtis (Kent) Syracuse, UT, David Nielson (Jennifer) Homer, AK, Jeffery Nielson (Lisa) Gold Hill, OR, Conni McCurdy (Rob) Leavenworth, WA and Mike Nielson (Debbie) Leavenworth, WA. She leaves behind 15 grandchildren and 11 great-grandchildren. She is survived by her sister Deon Hortin, Smithfield, UT.

Rena Lou’s family would like to thank the staff at Mountain Meadows Senior Living Campus. She loved and appreciated all the people that helped with her care and made such a difference in her life for the past 3 ½ years.

A viewing will be held on Wednesday, February 3, 2021 from 1:00 p.m. to 5:00 p.m. at Heritage Memorial Chapel Funeral Home, 19 Rock Island Rd, East Wenatchee, WA. The funeral will be held Thursday, February 4, 2021 at 10:00 a.m. Due to restrictions at this time it will be limited to immediate family only, however, there will be a live stream of this event. If you are interested in viewing via Zoom please contact macbci1@gmail.com for the links. Interment at Mountain View Cemetery, Leavenworth, WA.
Read Less

To send flowers to the family or plant a tree in memory of Rena Lou Nielson, please visit our Heartfelt Sympathies Store.

Print
The funeral will be held Thursday, February 4, 2021 at 10:00 a.m. Due to restrictions at this time it will be limited to immediate family only, however, there will be a live stream of this event. If you are interested in viewing via Zoom please contact macbci1@gmail.com for the links.

We encourage you to share your most beloved memories of Rena here, so that the family and other loved ones can always see it. You can upload cherished photographs, or share your favorite stories, and can even comment on those shared by others.

Love, Aunt Deon and family, Scott and Nadine, and other have sent flowers to the family of Rena Lou Nielson.
Show you care by sending flowers

Posted Feb 02, 2021 at 10:25am
We are so very sorry for your loss. Love and prayers to you all as you work your way through this difficult time. Love you,

Scott and Nadine purchased flowers for the family of Rena Nielson. Send Flowers

Posted Feb 01, 2021 at 04:33pm
Our thoughts and prayers are with you all today as we remember and celebrate your moms life. Doug and Marcia Glauser, Gregg and Kathy Nielson,

Scott and Ann Jensen, Richard and Laurie Nielson purchased the The FTD Comfort Planter for the family of Rena Nielson. Send Flowers 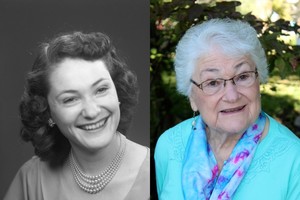 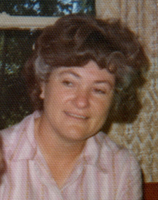 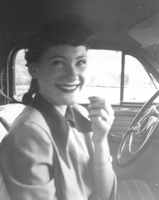 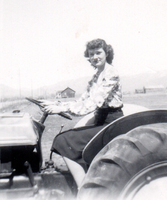