To share your memory on the wall of Leonard Sauer, sign in using one of the following options:


Leonard Sauer, builder of Sauer’s Mountain trail near Leavenworth, passed away at his home on New Year’s Day 2021 at age 90.


Leonard Sauer, builder of Sauer’s Mountain trail near Leavenworth, passed away at his home on New Year’s Day 2021 at age 90.

Leonard built the trail across his private property with hand tools over the course of two summers in his retirement, recognizing that Sauer’s Mountain is accessible in the spring when the high-country trails remain frozen. Since then, thousands of people have discovered the trail and the outdoors. His family wishes to thank the many kind hikers from around the world who stopped to visit with Leonard at the trailhead during his aging years. Leonard ensured that the site will remain with his family long after his passing.

Born at the outset of the Great Depression in 1930 in Leavenworth, Washington, the principles of work, outdoor adventure, and climbing onward are hallmarks of the heritage Leonard learned as a boy growing up in the nearby mountains, and which he passed on to his family and to others.

Likely no person has ever known Leavenworth’s mountains better. Leonard visited every mountain lake multiple times, planted the first fish in many of them, named three of them, and fed his family from venison and fish that he packed from the top of the mountains every year from ages 10 to 77. His name is repeated many times in the state hunting record books. His trap sets from the 1940s can still be found in the wilderness. He built trails and fought forest fires as a young man. He chose a view of his namesake Leonard Lake to be engraved on his tombstone.

Leonard was a distance runner at Leavenworth High School and ran cross country for Washington State College where he earned a degree. He taught industrial arts, and coached track and football in Richland, Washington schools, where in football he sported an 82-percent winning record and was proud to have worked with Richland’s finest young men.

Raising eight children, Leonard worked full-time teaching and coaching, then worked weekends and summers carrying mail, plus he worked his orchard with his children. He established the Sauer’s Orchard fruit stand in Kennewick that his son continues to run today. He spent the final years of his career carrying mail full-time.

Leonard was preceded in death by his parents Welcome Friend Sauer and Celia Miriam (Knowles) Sauer, by his beloved wife Jeanne (Riske), his brother Gary Sauer, and his stepson Dave Chambers. He is survived by his sister Dolores Dahl of Des Moines, WA, his children Heidi Kinne of Centralia, Joe Sauer of Leavenworth, Welcome Sauer of Wenatchee, Steve Sauer of Kennewick, and Debbie Draker of Richland, along with stepchildren Nancy Seton of Friday Harbor, Donna Jantzer of Peshastin, Linda Meyers of Wenatchee, Gregg Chambers of Kennewick, and Robert Chambers of Dover, Delaware. He is loved by nineteen grandchildren and twelve great grandchildren.

Leonard will be interred in a small family service at Old Leavenworth Cemetery alongside multiple generations of Sauer ancestors. A later tribute will be held at his trailhead. You are invited to view Leonard’s Online Tribute at www.HeritageMemorialChapel.com where you can also leave a memory and/or condolence. Arrangements are in the care of Heritage Memorial Chapel, East Wenatchee, WA.
Read Less

To send flowers to the family or plant a tree in memory of Leonard Frank Sauer, please visit our Heartfelt Sympathies Store.

Print
Leonard will be interred in a small family service at Old Leavenworth Cemetery alongside multiple generations of Sauer ancestors. A later tribute will be held at his trailhead.

We encourage you to share your most beloved memories of Leonard here, so that the family and other loved ones can always see it. You can upload cherished photographs, or share your favorite stories, and can even comment on those shared by others.

Posted Jan 16, 2021 at 11:20am
I am so sorry for the family and communities loss of such a warm, spirted man who shared with thousands of us his love of the Leavenworth landscape. I will miss hanging out and talking with him in the spring as the balsam root bloomed painting hillsides yellow. What a wonderful human. May his spirit live in all of us whose were touched by him. Rest peacefully Mr Saurer. Thank you. Chris Hollinger
Comment Share
Share via:
SD

Posted Jan 15, 2021 at 03:33pm
I had the pleasure of meeting Mr. Sauer when we visited his property to hike his famous trail one Spring. What a gorgeous view!! Mr. Sauer’s love for the land was contagious and he couldn’t wait to hear about our wildlife encounters when we came back down. He was a great story teller & also extremely proud of his kids. I left purchasing two bottles of wine from his son’s winery. I am grateful for the opportunity I had to hike Sauer’s Mountain and for meeting the man who so generously shared his beautiful part of the world with us.
Comment Share
Share via:
SG

Posted Jan 15, 2021 at 03:05am
Frank was a kind and gracious man. Some took advantage of his kindness but know most of us followed his rules to the letter. Appreciating and admiring his handiwork and thanking him profusely for the safe passage through his property. Hike on, friend. Hike on.
Comment Share
Share via:

Posted Jan 15, 2021 at 12:57am
I had the pleasure of meeting Mr. Sauer several times at the trailhead of his beautiful mountain. As I drove up the gravel road each time I would try to peek ahead with the hope that he would be there that day. It was a rare treat to be personally welcomed to a trailhead with a smile and an irresistible offer of ripe cherries. I’m pretty sure I even sprung for a bottle of wine on one trip.

I will always appreciate his incredible gift to Washington hikers. His legacy will live on for many generations. 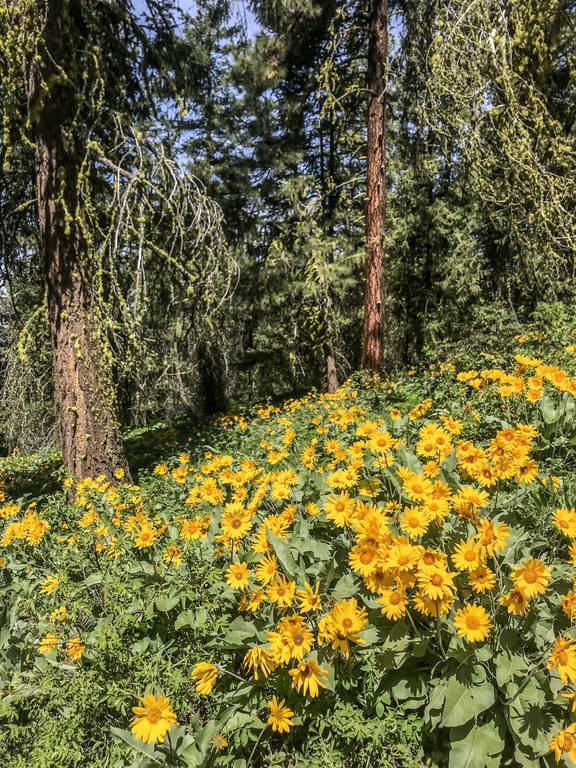 Posted Jan 14, 2021 at 10:39pm
I was so honored to meet Mr. Sauer at the trailhead one day over the Labor Day weekend 2019. I was amazed to meet the man who had built the trail. After his story of building the trail etc. we hit on the mutual interest of deer hunting. I told him of my successful hunts and he shared his experiences hunting mule deer in the Leavenworth area. This included a walk to his home and viewing of many sets of mule deer horns in his basement (the second team) then up to the living room where the trophy deer where displayed. Wow, any hunter in the world would be amazed by this collection of trophy mule deer.
I'll never forget meeting Mr. Sauer, his son and daughter in law.
Thank you, Ron Fredrickson 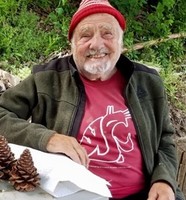 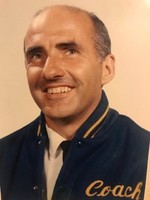 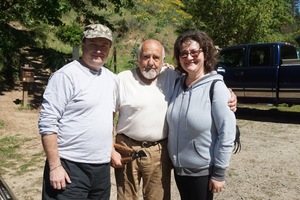 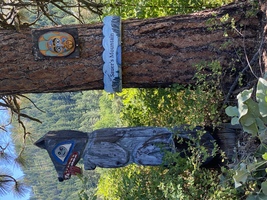