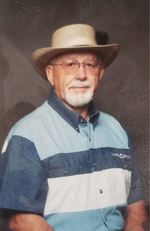 Robert (Bob) Lonnie Dykes was born February 15, 1933 in Yakima, Washington to Helen Cascall and James Austin. Robert grew up in Central Washington, attending Junior and High School in East Wenatchee, Washington. In January 1953, he enlisted in the Army where he served 2 years active duty and then 6 years in the Army Reserve. Robert received an Honorable Discharge in April of 1961.


After leaving the Army, Robert had a lot of different jobs. He was a Wenatchee Police Officer, and he worked construction jobs operating heavy machinery - one of those jobs was the building of the
Wanapum and Priest Rapids Dams. After the Priest Rapids Dam was completed, Robert went to work for the Grant County P.U.D. as a mechanic. Once he completed his apprenticeship program, he was a Journeyman Hydro Mechanic, a position he held until his retirement.


Robert had many passions; he loved to ride motorcycles (he rode in many dirt bike races; both motocross and cross county), he enjoyed to fish and hunt, and he loved to travel. Basically anything to do with the outdoors, Robert enjoyed. One of his greatest loves was for music. Robert played Blue Grass and Gospel music with his wife Lee and friend in many cities within the States.