To share your memory on the wall of Edwin \"Ed\" Myers, sign in using one of the following options:

Edwin was born July 20, 1944 in Chewelah, WA to William LV and Lena Myers. Edwin was the youngest out of seven brothers and sisters. In Chewelah, he attended grade school and helped out on the dairy farm. Edwin’s family had the first electric milk and dairy farm in Chewelah. After some time, William and Lena left with the kids and made their way to Spokane, where they settled out of the valley. There, Edwin graduated from Central Valley High in June 1963. After graduation, he went to work for Boise Cascade.

In 1964, Edwin met the love of his life, Judith Marie Redmond. Edwin and Judy were married March 26, 1965 by Reverend Ray Blackstone at the Hillyard Church of God in Spokane, WA. Later that year, Edwin was drafted – then that next April joined the National Guard, where he became an expert marksman, as well as the company commander’s driver. Also during that time, Edwin went to work for the Great Northern Railroad as a general laborer, where he worked his way up to a Railway Carmen. He was the first set up Railway Carmen in three states. He worked in many cities around Eastern Washington.

In 1967, Edwin and Judith welcomed their first son, Bradley Myers. Followed by Craig in ’71, Kevin in ’73, and Cory in ’75. The family decided to move to Wenatchee, WA so that Edwin could continue the work for the railroad. In 1987, Ed and Judy both decided to put down roots in Rock Island, WA, where Ed carried out his career at the railroad for 38 years until he retired in 2004.

Edwin is preceded in death by his parents William LV Myers and Lena Myers of Spokane, WA; his four brothers, two sisters, and his son, Craig B. Myers.

A celebration of Edwin’s wonderful life will be held at a later time.

You are invited to view photos and write memories/condolences on Edwin’s Online Tribute at www.HeritageMemorialChapel.com - Funeral arrangements are in the care of Heritage Memorial Chapel
Read Less

To send flowers to the family or plant a tree in memory of Edwin "Ed" Warren Myers, please visit our Heartfelt Sympathies Store.

Print
A celebration of Edwin's wonderful life will be held at a later time.

We encourage you to share your most beloved memories of Edwin "Ed" here, so that the family and other loved ones can always see it. You can upload cherished photographs, or share your favorite stories, and can even comment on those shared by others.

Posted Jan 22, 2021 at 12:25pm
Choo Choo - I will miss your jokes, hugs and "fatherly advice". My deepest sympathies are with Judy and your family. Prayers.
Comment Share
Share via: 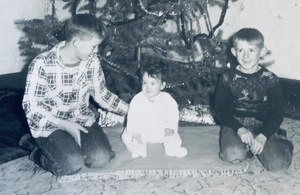 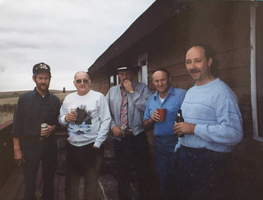 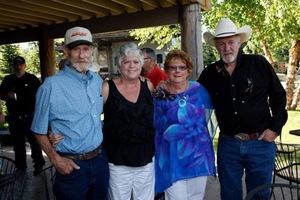