To share your memory on the wall of Wayne Creech, sign in using one of the following options:

Wayne Leland Creech, age 88, passed away at Mountain Meadows in Leavenworth, WA, on November 23, 2020. He fought a courageous battle with heart disease and multiple myeloma for the past 8 years, doing so with a positive attitude.

Born September 9, 1932, on the family farm in Bassett, Nebraska, to Clarence and Lottie Mae Creech, Wayne was one of five children. Wayne attended a small country school and high school in Polk, Nebraska, graduating in 1950. After graduation he taught in the country school for 2 years.

Wayne married the love of his life, Annette L. Johnson on September 14, 1952. They established their home in Polk. Shortly after marriage Wayne was drafted by the United States Army. He served his country for 19 months, 1953- 1955, in Germany as a cook. Upon his return, Wayne and Annette moved to a farm in Polk and started their family. Along with farming, Wayne worked for International Harvester and John Deere, and also for Pontiac and GMC dealerships.

The family moved to Leavenworth, Washington, in 1973 to reside and work at Circle C Ranch where Wayne worked as ranch foreman and oversaw the horse program. After leaving the ranch he could be found at Marson and Marson Lumber, the Best Western as train engineer, and the Blackbird Motel.

Wayne was a proud member of the Leavenworth Lions Club for 25 years. He received high honors including the Melvin Jones Fellowship Award and Leavenworth Lion of the Year. As a devoted Lion he worked tirelessly on many projects and held office of President and Treasurer.

Wayne was also a member of Cascade Mountain Bible Church in Leavenworth. Faith, family, and friends were a very special part of his life and source of enjoyment.

A celebration of life will be held in the spring at Spromberg Canyon Meadows in Leavenworth. Spromberg Canyon was his beloved home for 44 years and filled with more of his favorite people and friends.

Thank you to Dr. Geoff Richardson and Dr Lindsay Overton for their medical care and compassion over the past few years, and thank you to the staff of Mountain Meadows for their wonderful care and support during his short stay. As his family we appreciate all that you did.

You are invited to view Wayne’s online tribute at www.heritagememorialchapel.com to share a memory or leave a condolence. Arrangements are in the care of Heritage Memorial Chapel, East Wenatchee and Cashmere.
Read Less

To send flowers to the family or plant a tree in memory of Wayne Leland Creech, please visit our Heartfelt Sympathies Store.

There are no events scheduled. You can still show your support by sending flowers directly to the family, or planting a memorial tree in memory of Wayne Leland Creech.
Visit the Heartfelt Sympathies Store

We encourage you to share your most beloved memories of Wayne here, so that the family and other loved ones can always see it. You can upload cherished photographs, or share your favorite stories, and can even comment on those shared by others.

Posted Dec 07, 2020 at 08:59pm
I have very fond memories of Wayne as one of our train engineers at Icicle Junction. Always a pleasure to be around. Rest in peace, Wayne, and enjoy your heavenly presence. Paul Jinneman
Comment Share
Share via: 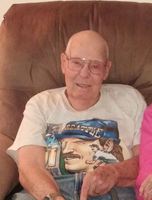