To share your memory on the wall of Walter Lubanski, sign in using one of the following options:

Walt’s family immigrated to the United States in 1957, first settling in New Jersey.

His first day of American school was rough, having just arrived from Germany, he wore lederhosen! He also knew 4 other languages, but not English. To get 12-year-old Walt up to speed quickly, they started him in Kindergarten and moved him up the grades rapidly as he gained the verbal and academic knowledge he needed.

Walter’s father was a minister and a pastor of his own church in those days. Walt learned to play the accordion and his father had him play worship songs for the services. Walt used to tell his children that his father made him sit in the front row so that he could keep an eye on him during the service and so he could not escape!

The Lubanski family relocated to Washington after some time and settled into the Seattle area where Walter attended Lincoln High School. He met his wife Linda when he rescued her from being stuck in a locker where the football team had pushed her. They were together from then on.

Walt and Linda were married on December 10, 1966. One year and 9 days later, their first daughter, April, was born. She was followed by Adam, born in 1970, Tami in 1975 and Tracy in 1977. The family resided in Kirkland, Washington for a few years before moving to their 5-acre property in Maltby, Washington.

A transmission rebuilder by trade, Walt owned several shops over the years and found great success in his field. Eventually he closed down his retail business and worked solely from his home shop until the day that he passed. Walt loved to be busy in the shop and always kept up on the newest techniques and methods of his trade, although he would admit that some of the new transmissions were even too complicated for him.

Walt enjoyed his family very much. He owned a motorhome and took them camping often. But as many in the family would come to call it, the “Lubanski curse” would follow, and some kind of mechanical failure would join them on almost every excursion. Now these are just good memories.

He also loved to go fishing and made many good made memories with family and friends on his boat.

He was a doting grandfather and loved visiting his grandchildren, freely dispensing hugs, jokes and two-dollar bills.

Walt also enjoyed food and fellowship with those he loved. He was a great lover of coffee, Diet Dr. Pepper, Polish Sausage, cabbage rolls, sauerkraut, pickled pigs’ feet, sardines, fried fish (especially Ivar’s) steak, pork anything, bread, onions, liverwurst, and tomatoes. He never passed up an opportunity to eat out and frequently did. When Walt would cook, it would be a feast. He was generous and kind – giving freely to all.

Walt lived a lifetime of generosity, laughter, and kindness, always with a good joke and a listening ear.

He was greatly loved and is deeply missed.
Read Less

To send flowers to the family or plant a tree in memory of Walter Lubanski, please visit our Heartfelt Sympathies Store.

We encourage you to share your most beloved memories of Walter here, so that the family and other loved ones can always see it. You can upload cherished photographs, or share your favorite stories, and can even comment on those shared by others.

Steve and Connie Swartz and Stephanie, Chris, & Danny sent flowers to the family of Walter Lubanski.
Show you care by sending flowers

Posted Nov 28, 2020 at 07:21pm
Please accept our most heartfelt sympathies for your loss... Our thoughts and Prayers are with you and Joel and family . Love Mom and Dad

Steve and Connie Swartz purchased the The FTD Faithful Blessings Bouquet for the family of Walter Lubanski. Send Flowers

Posted Nov 27, 2020 at 07:54pm
Please accept our most heartfelt sympathies for your loss... Our thoughts are with you and your family during this difficult time. 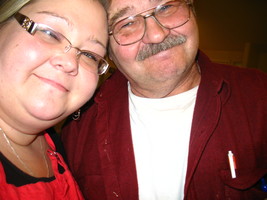 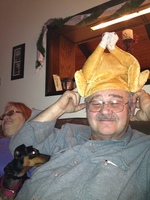 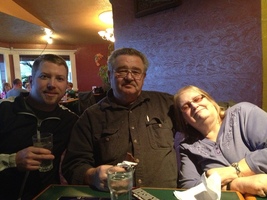 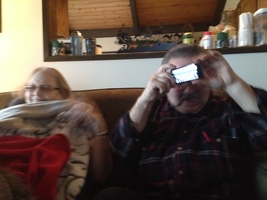