To share your memory on the wall of Carolyne Provo, sign in using one of the following options:

Her first marriage was to Russ Goldie and they had three boys Troy, Brian, and Tim Goldie.

Her second marriage was to Laverne (Bus) Provo. Although most of their time together was in Wenatchee, WA, her and Bus moved several places around Washington, running restaurants, resorts, and managing rental properties.

Carolyne enjoyed camping, fishing, quilting, family gathering (Christmas Eve being one of her favorites), and she was a true Seahawks fan.

She was a loving mother, sister, friend, and grandmother. She is survived by her brothers Gary (Susan) Culp and David (Ila Mae) Culp and her sons Troy (Gae) Goldie, Brian (Julie) Goldie and Tim (Jeanette) Goldie as well as her 11 Grandchildren and 5 Great Grandchildren.

Celebration of Life to be determined.
Read Less

To send flowers to the family or plant a tree in memory of Carolyne Jean Provo, please visit our Heartfelt Sympathies Store.

There are no events scheduled. You can still show your support by sending flowers directly to the family, or planting a memorial tree in memory of Carolyne Jean Provo.
Visit the Heartfelt Sympathies Store

We encourage you to share your most beloved memories of Carolyne here, so that the family and other loved ones can always see it. You can upload cherished photographs, or share your favorite stories, and can even comment on those shared by others. 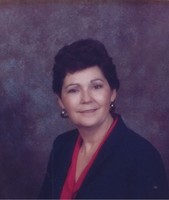 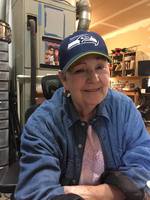