To share your memory on the wall of Phyllis O\'Brien, sign in using one of the following options:

Phyllis was born in Yakima, WA on November 29, 1950 to Rev and Mrs. Loy T. Pate Sr. She was a surprise package for her parents, who being an older couple, did not know she was coming.

Phyllis attended schools in Wenatchee and Moses Lake, WA, graduating from Moses Lake High School in 1969. She furthered her education at Central Washington University in Ellensburg, WA. She graduated from Central in 1973 with a Bachelor of Arts in Education degree with a major in English, and with minors in music and psychology. She wanted to major in music but was discouraged from doing so by the college because in those days, lady music teachers for secondary schools were not being hired. The reason they gave was that the school wanted men to lead the marching bands at football games and parades. This was a great disappointment for Phyllis, but she followed their advice and took English as her major.

Phyllis was hired on with the Moses Lake and Warden school districts as a substitute teacher as the job market had no openings for full time. She also subbed at Pasco High School for a brief time.

After a rather disappointing time as a substitute teacher, Phyllis was offered a job at her parents dry-cleaning shop, which she gladly accepted. She worked with them until her dad passed away suddenly in 1981. She then sold the business and stayed at home with her ailing mother, being her caregiver. After her mother passed away, she worked briefly at a restaurant and K-Mart store. In 1989, she became disabled due to physical and emotional problems.

Phyllis met the love of her life David O’Brien on July 2, 2009. They fell in love and were married on July 17, 2010 in a beautiful garden wedding ceremony in Moses Lake at the Intimate Gardens venue. She was extremely happy being married to David, having waited for him her entire life. She called herself a “late bloomer” – married at 59 years old.

Phyllis studied the piano for 10 years. She took eight years of lessons in Moses Lake and two years private tutelage with a college professor in Ellensburg. She taught music lessons privately for a time, having 19 students at one point.

She began playing for many types of events in her life, including many church services, weddings, holiday parties, fashion shows, and funeral services. Phyllis loved to play the piano for retirement and nursing homes. She played for many homes in Moses Lake on a regular basis as well as Quincy, Warden, Soap Lake, and Wenatchee on occasion.

Phyllis became a born-again believer on November 8, 1959 at a revival meeting in Everett, WA. She loved the Lord and wanted His light to shine in her life and through her music. She was a member of the Peninsula Community Church and the Moses Lake Assembly of God Church.

The above memoriam was written by Phyllis herself. You are invited to visit Phyllis’ Online Tribute page at www.HeritageMemorialChapel.com to write a condolence and/or memory of how Phyllis touched your life. Arrangements are in the care of Heritage Memorial Chapel, East Wenatchee.
Read Less

To send flowers to the family or plant a tree in memory of Phyllis LaVelle O'Brien, please visit our Heartfelt Sympathies Store.

We encourage you to share your most beloved memories of Phyllis here, so that the family and other loved ones can always see it. You can upload cherished photographs, or share your favorite stories, and can even comment on those shared by others.

Posted Nov 23, 2020 at 05:09pm
I am shocked and saddened to hear about my Aunt's unexpected death. I'm glad that I was able to speak to her the last two weeks of her life. I told her that I loved her very much and didn't want anything to happen to her. She said my name and said she didn't want anything to happen to her either. God had a different plan. He brought Phyllis home so she wouldn't have to deal with her newly diagnosis of Parkinson's. She never knew that she had it. She brought love, laughter and joy into our lives. I saved a message on my cell phone where she called me on my birthday and played Happy Birthday to me on the piano. I told her that I still have it. She was thrilled. I know you're happier than you have ever been being with Jesus, your mom and dad, your brother, cousins, and my mom and dad. I will see you again when Jesus calls me home.

Posted Nov 21, 2020 at 02:49pm
Phyllis had a wonderful sense of humor and always made me smile! I am so grateful that she and my brother David found each other. They were perfect compliments to each other and equally yoked. Phyllis will be missed but I know we will all be together in heaven and rejoice. Thank you my beautiful sister in law for being in our lives. You are loved!!!
Comment Share
Share via:
CR

Posted Nov 20, 2020 at 03:21pm
Charlie Root
I was sad to hear of Phyllis' passing. I met her about 25 years ago. I wanted to play music at the nursing homes, but was shy about getting started. She made some phone calls, and we ended up playing music at the nursing homes for over 20 years. When she met David it brought much happiness into her life. My prayers are for him and the rest of her family. I know she is happy with Jesus now, but she will be missed here.
Comment Share
Share via:
GP

Posted Nov 15, 2020 at 03:14pm
Condolences to David and the rest of Phyllis' family of nephews, nieces and cousins. As cousins, we were separated by many miles but never in thought. Phyllis LaVelle Pate O'Brien was a loving and caring person who never forgot her Bissell Chapel community roots. May she rest in peace.
Comment Share
Share via: 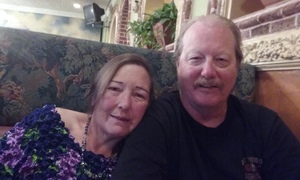