To share your memory on the wall of Verna Green, sign in using one of the following options:

She was born on October 21, 1938 in Wenatchee, WA to Richard and Alta Kent. Throughout her younger years her family lived in Black Diamond, Winthrop and North Port until they finally settled in Tonasket, WA where her parents founded and ran The Rainbow Resort. She married Alvin “Bud” Smith and they had three girls: Brenda, Lynn, and Cheryl.

As a divorced mother, and while working at The Rainbow Resort alongside her parents, she met the love of her life: Marion “Babe” Green. They married on July 6, 1968. Verna, Babe, and their girls moved to the Wenatchee area in 1976 where they made their home. Verna worked as a meat wrapper for Wenatchee Pack and Blue Ribbon. She then worked with Babe at Cascadian Fruit Shippers. Verna as a fruit sorter and Babe as a packing foreman. They both worked at Cascadian until 1993 when they decided to try a new adventure for a couple years and moved to Phoenix, AZ and became managers of The American West apartment complex. In 1996, they moved back to Washington, first residing in George for four years, then Ephrata. When Babe passed away in December 2003, Verna moved back to Wenatchee to be closer to her daughters. She managed the Juniper Apartments in East Wenatchee, then the Vista View Apartments until retiring for good.

She enjoyed camping, fishing, and the great outdoors. Her and Babe had an annual tradition every spring, on opening weekend of fishing, of joining family and friends at Fish Lake near Omak. Many memories were made and every year it seemed like the group just got bigger and bigger. Verna really enjoyed making arts and crafts. She was very talented and would always be busy making something for each one of her family members. She loved going to yard sales and the craft stores buying stuff to make something she saw on the internet.

Survivors included her three daughters: Brenda Green of Seattle, WA, Lynn Brown of Ellensburg, WA, and Cheryl (Mitchel) Rasberry of East Wenatchee, WA; three grandchildren: Austin Woods of Ellensburg, WA, Savannah Rasberry of East Wenatchee, WA, and Jaima (Jeff) Pense of Estacada, OR; and four great-grandchildren: Layne Ritchey, Jack Ritchey, Chance Pense, and April Pense all of Estacade, OR. Verna is also survived by her beloved cat Izzy, who will be taken god care of by grandson, Austin. She was preceded in death by her parents: Richard and Alta Kent; her husband: Babe Green; and her granddaughter: Hollie Rasberry.

A Celebration of Life will be held at Heritage Memorial Chapel in East Wenatchee, WA on Wednesday, October 21, 2020 – which would have been her 82nd birthday. Due to Covid-19 State Regulation, only those by invitation may attend with social distancing and masks. All are invited to view Verna’s Online Tribute at www.HeritageMemorialChapel.com to view photos and write memories/condolences. Arrangements are provided by Heritage Memorial Chapel, East Wenatchee, WA.

Verna was an avid cat lover and has requested that in lieu of flowers, she would like those who wish to make contribution to make them to The Kitty Rescue 319 N Garfield Ave, Wenatchee, WA 98801 or you can donate through their Facebook Page: The Kitty Rescue or through Verna's Online Tribute page.

Verna was a varying and loving wife, mother, and grandmother. She will greatly be missed by all.
Read Less

To send flowers to the family or plant a tree in memory of Verna Jean Green, please visit our Heartfelt Sympathies Store.

Donations are being accepted for: KITTY RESCUE.

We encourage you to share your most beloved memories of Verna here, so that the family and other loved ones can always see it. You can upload cherished photographs, or share your favorite stories, and can even comment on those shared by others.

Marianne Brennan purchased the The FTD Rays of Solace Bouquet for the family of Verna Green. Send Flowers 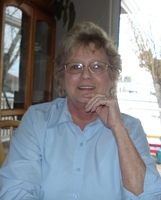 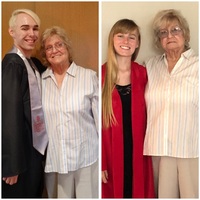 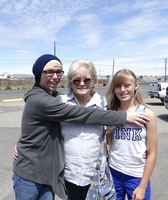