To share your memory on the wall of Hetty Noonkester, sign in using one of the following options:

Hetty was born on April 20, 1918 at home near Huntsville, Arkansas to the late Marshall and Myrtle (McLoud) Brown. She was raised and received her education in Arkansas. She married William Ray Phillips on December 24, 1938.

They moved their family to Wenatchee in 1947. Hetty worked at Model Laundry in the mid 1950’s as a seamstress. She enjoyed sewing, often making her own patterns, and was known for her cooking. Hetty was a member of the Genealogy Society. She was preceded in death by her husband, William Ray Phillips in 1961.

She continued living at home tending her garden prior to moving to Garden Terrace Apartments in 1999 where she made many dear friends. At age 100 she moved to Avamere Assisted Living.

Hetty was a longtime member of the First Baptist Church in Wenatchee and later the Bethel Baptist Church. She had great faith and always found a bible study to attend. She lived her faith, always speaking and treating others with kindness. She was very quick with a “thank you”.
Her mind and eyesight remained good to the end. She especially enjoyed reading and was still extensively reading at 102.

A private family Graveside Service will be held in the Wenatchee City Cemetery on Friday, October 9, 2020 at 10:00am.

Visitation will be held at Heritage Memorial Chapel in East Wenatchee on Thursday from 2:00pm to 8:00pm following social distancing guidelines.

The family requests no flowers. Memorials may be given to Garden Terrace, 500 N. Emerson, Wenatchee, WA 98801 or the charity of your choice.

You are invited to Hetty’s Tribute Page at www.HeritageMemorialChapel.com where you can view photos and write a memory/condolence. Arrangements are in the care of Heritage Memorial Chapel, East Wenatchee.
Read Less

To send flowers to the family or plant a tree in memory of Hetty Vivian Phillips Noonkester, please visit our Heartfelt Sympathies Store.

We encourage you to share your most beloved memories of Hetty here, so that the family and other loved ones can always see it. You can upload cherished photographs, or share your favorite stories, and can even comment on those shared by others.

Posted Oct 10, 2020 at 05:00pm
Mother was telling me of Hetty's passing. She said she was the sweetest, quietest woman. Always so helpful at church. At the age of 98 Mother is missing more of her old First Baptist Church friends. She no longer gets out of her house but sends her deepest condolences. What wonderful memories we used to make at FBC Donny, Ruby, & Shirley
Love to you all. 💖
Comment Share
Share via:
LR

Posted Oct 07, 2020 at 08:14pm
Hetty and Doc were my next-door neighbors when I lived on Harvard Street in the 1960's. She was a very sweet person with a warm personality. Hetty gave me her recipe for "olives" made from local cherries and we occasionally shared things that we each baked. It was interesting to me to learn that she had worked with my grandmother at the Model Laundry. My sweet neighbor loved the Lord and is now rejoicing with her Savior in heaven. Linnea Russell
Comment Share
Share via:
JB

Posted Oct 07, 2020 at 05:28pm
I was sorry to hear about the passing of your mom. She certainly led a long beautiful life. She was a gracious woman and I always enjoyed visiting with her. I will always remember her kindness to my mom. She was a sweet and caring neighbor. I always think of your mom when I "try" to fold fitted sheets!
I enjoyed the video presentation.
My thoughts and prayers are with you and your families.
Love,
Judy Brown
Comment Share
Share via: 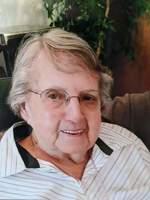 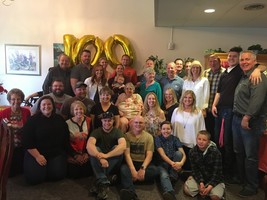 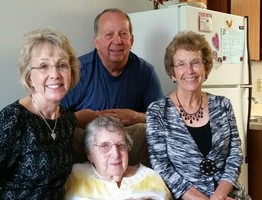