To share your memory on the wall of Lyle Rocker, sign in using one of the following options:

In 1964, Lyle married his long-time companion Harriet B. (Green) Rocker. After his retirement from the Air Force, he moved to Wenatchee, WA and for 26 years worked for several trucking companies as either a general manager or a safety official. At one time, he also managed approximately 500 acres of apple and pear orchards. In 2005 he retired again and moved to Conconully, WA. He thoroughly enjoyed living in Conconully and being around his family.

He is survived by his children, Debbie (Jack) Anderson, Paul (Laura) Karlen, Raymond Rocker, Lynnette (Bryan) Heidenreich and Gary (Trudie) Rocker. He was also survived by many loving grandchildren, great grandchildren, nieces, nephews, and his sister-in-law Lorriane (Bill) Lawrence. He was preceded in death by his beloved Harriet.

He cherished his time with his children, grandchildren, and great grandchildren. His smile and laugh will forever be remembered by those he knew and loved.

You are invited to view Lyle’s Online Tribute at www.HeritageMemorialChapel.com to write a memory and/or make a donation. In lieu of flowers or service, donations can be made to the Wounded Warrior Project or St. Jude Children’s Research Hospital. Arrangements are provided by Heritage Memorial Chapel.
Read Less

To send flowers to the family or plant a tree in memory of Lyle William Rocker, please visit our Heartfelt Sympathies Store.

We encourage you to share your most beloved memories of Lyle here, so that the family and other loved ones can always see it. You can upload cherished photographs, or share your favorite stories, and can even comment on those shared by others. 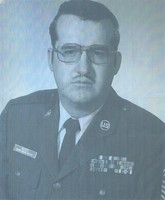