To share your memory on the wall of Richard \"Rick\" Waller, sign in using one of the following options:

Print
On Thursday, September 17th, Richard (Rick) Michael Waller passed away after a short but courageous battle with cancer at the age of 67.

Rick was born in Helena, MT to Richard and G. Elaine (Knox) Waller. Rick and his brothers Doug, Scot... Read More
On Thursday, September 17th, Richard (Rick) Michael Waller passed away after a short but courageous battle with cancer at the age of 67.

Rick was born in Helena, MT to Richard and G. Elaine (Knox) Waller. Rick and his brothers Doug, Scott and David attended schools in the Eastmont School District, and spent holidays and most summers in Kalispell, MT with extended family. Rick was a skilled journeyman electrician for over 40 years, and his work can be seen all over the Wenatchee Valley as well as throughout the west coast of the United States.

On November 11, 1983, he married the love of his life, Robin, and together they raised: Shannon, Ryan, Megan and Bryson. He coached many baseball, soccer, and basketball teams for his kids in the Wenatchee Valley as well as in Spokane, Cheney and Chelan. Rick also started and ran many youth sports camps and tournaments. He was the women’s basketball coach for Spokane Falls Community College for one year. At the age of 39 Rick followed his dream and went back to college to become a high school history and English teacher.

One word to describe Rick is passionate, and he was passionate about many things. He was passionate about politics, the Earth and equality for all. He was passionate about fishing and enjoyed fly fishing at Beehive and on the Entiat. Rick was a skilled craftsman and built a family home by hand while working full time as a teacher during the day. The deck he built for his wife and grandkids was featured in the Wenatchee World, and was a topic of conversation for people that passed by his house. Those he loved often received some type of wood creation as a gift that was of better quality than you could buy in a store. Rick loved music and was a fan of true rock and roll and classical music, Pentatonix, and the Mormon Tabernacle Choir Christmas Album. He was a true Gonzaga Men’s Bulldog fan and would make sure not to schedule anything when the Zags were playing. He also loved watching the Seahawks with his son Bryson, Little League Baseball championships and Women’s NBA. Rick was known for grilling monster burgers, and out of this world smoked salmon. He also made the best waffles.

Whenever Rick had a project to complete that needed help, he would recruit men in need of work, paying them well, and often giving them furniture and things they needed when the jobs were complete. After family cookouts if there was extra food left over, he would gather it up and take to those that were hungry. If there was union brother or neighbor short on cash, Rick was always willing to cover the difference even if it meant going without something for himself.

If you were lucky enough to be a friend of Rick’s, then you know you were family to him. Rick loved his family. Robin was not only his wife, but his soulmate and best friend. They shared a love that people only dream of. He loved his kids and was so proud of all their accomplishments. What made him the happiest as his kids got older was that they started having kids. Rick was the proud Gramps, Grumps or Bumps to Owen, Madelyn, Etta, Henley, Hayden, Mykah, Charlotte, Luka, Ellee, and Knox. Rick loved spending time with his grandkids play card games or Risk on the computer, reading books, teaching them about things, watching their dance recitals or games, wrestling or yelling Fee Fi Fo Fum as the grandkids hid.

In lieu of flowers, the family asks that you do a random act of kindness for a neighbor or someone in need.
Read Less

To send flowers to the family or plant a tree in memory of Richard "Rick" Michael Waller, please visit our Heartfelt Sympathies Store.

There are no events scheduled. You can still show your support by sending flowers directly to the family, or planting a memorial tree in memory of Richard "Rick" Michael Waller.
Visit the Heartfelt Sympathies Store

We encourage you to share your most beloved memories of Richard "Rick" here, so that the family and other loved ones can always see it. You can upload cherished photographs, or share your favorite stories, and can even comment on those shared by others.

Posted Oct 04, 2020 at 01:31pm
Dear Robin and Family, please accept our deepest sympathy! Rick always had a smile on his face! Both of you were wonderful caretakers of our children back in the day:) Our families have crossed paths throughout the years and always considered you friends. He was a truly loving and giving man. He sold us our insurance:) May you draw strength from your children and family as you traverse this new world. Hugs Steve and Tami Jordan

Posted Oct 01, 2020 at 06:55pm
Gramps was the best grandfather, he told the best jokes and would call me "Miss Done" Whenever I would say "I'm Done!" I remember when he would count the stripes and dots of my shirt and would start over when I tried to wiggle away. I miss him very much and I wish he was still here with us, but I am glad he is happy and in heaven.
- Love, Etta
Comment Share
Share via:
EN

Posted Sep 28, 2020 at 12:47pm
Dear Robin & family, We were sorry to hear about Ricks passing. He is a wonderful man, and he will be missed. Sending our love and support. The Nobles

Posted Sep 26, 2020 at 12:43am
We talk about you often but today Hayden brought up when you put nerf guns by the front door with a note to to arm themselves and then you. Mykah and Hayden had a nerf battle. You were the best Grumps.
Comment Share
Share via: 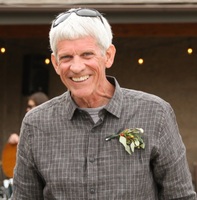 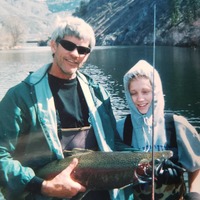 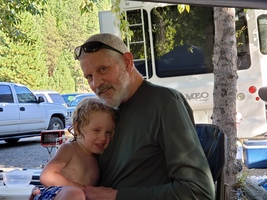 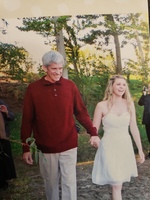