To share your memory on the wall of Wilbert \"Bill\" Bossenbock, sign in using one of the following options:

Wilbert “Bill” Bossenbrock, 90, a longtime Dryden resident and Orchardist, passed away at home on Tuesday, September 15, 2020.

Wilbert “Bill” Bossenbrock, 90, a longtime Dryden resident and Orchardist, passed away at home on Tuesday, September 15, 2020.

He was born on September 24, 1929 in Wenatchee, son of Garrett and Olive Irene (Orcutt) Bossenbrock. He was raised and schooled in Dryden and Graduated from the Dryden High School in 1948. He entered and served in the National Guard for six years. He later moved to Seattle and went to work for the city of Seattle. He was a Street Use Investigator for city property that required permit use. He inspected sidewalks for repairs and was involved when they built I-5 through the city escorting houses that had to be moved. After working eight years he moved to San Francisco and took over the same position, inspecting streets and highways. He soon transferred to Construction Project Inspector. One of his jobs was to be the Inspector of the Arch and Roof of the Gateway to Chinatown. He also worked on the BART Subway System and over 17 other inspectors teaching them the City Codes. In 1974, he decided to leave San Francisco because he couldn’t stand the traffic. He moved back to the family farm in Dryden. Walt and Elsie Peters decided to sell their 15 acres to Bill to keep it in the family. Bill not only worked in the orchards but also worked at the Dryden Independent Warehouse.

He became the biggest supporter and the virtual Dryden booster club. He drove to and attended as many sports events and basketball games as possible. Bill was the chairman of the now famous three day all school reunion in July of 1975 to honor the 50th anniversary of the first graduating class from Dryden High School in 1925. The celebration had over 650 people taking part.

He was an avid sports enthusiast and watched sports constantly. He loved to go fishing and often took friends along. Bill loved to cook, was famous for barbequing hamburgers and even cooked for funerals. His friends would say, “you be the cook, we’ll buy the food”.

He is survived by his sister, Carmen Bossenbrock, his family, and Alice Nieman, both of Dryden.

A Graveside Service will be held in the Cashmere Cemetery on Wednesday, September 23, 2020 at 11:00 a.m. Due to the Covid-19 State Regulation only 30 people can gather around the graveside with masks and social distancing. Additionally, those who wish to pay their respects, are welcome to attend at their vehicles from a distance. A visitation will be held at Heritage Memorial Chapel in East Wenatchee on Tuesday from 2 to 5 p.m. with a total of 30 people, with masks and following the social distancing marks.

You are invited to Bill’s Tribute Page at www.HeritageMemorialChapel.com where you can view photos and write a memory/condolence. Arrangements are in the care of Heritage Memorial Chapel, East Wenatchee.
Read Less

To send flowers to the family or plant a tree in memory of Wilbert "Bill" Bossenbock, please visit our Heartfelt Sympathies Store.

We encourage you to share your most beloved memories of Wilbert "Bill" here, so that the family and other loved ones can always see it. You can upload cherished photographs, or share your favorite stories, and can even comment on those shared by others. 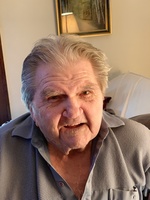 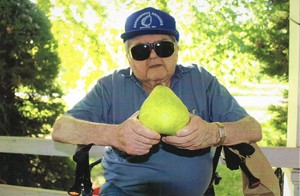 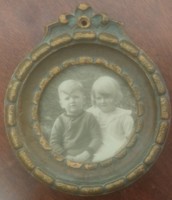