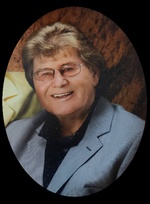 John Lawrence “Larry” Caffrey Jr., husband, father, and grandfather, passed away at his home Friday evening, August 28, in Rock Island, his home for 39 years, due to an extended illness.

Larry loved being a father, father-in-law, and grandfather.

Larry had an infectious laugh and a dry sense of humor (sometimes not politically correct). He was a talented, natural born artist and proud of his Irish heritage.

He graduated from Highland High School, Cowiche, in 1957, joining the United States Marine Reserves in 1955 and honorably discharged in November 1960.

Larry is survived by his beloved wife of 60 years, Pat, precious son and daughter-in-law Shane and Yvonne Caffrey, and proud grandson, Joshua P McKinney, loved siblings sister Judith Brulotte (Ted), brothers Dennis Caffrey (Roberta), and Ronnie Caffrey (Donna), and many nieces and nephews. He was preceded in death by his parents and sister, Martha.