To share your memory on the wall of C. Ted Howard, sign in using one of the following options:

Provide comfort for the family by sending flowers or planting a tree in memory of C. Ted Howard

Provide comfort for the family by sending flowers or planting a tree in memory of C. Ted Howard

Ted was riding a horse before he could walk and grew up dancing in the kitchen with his mother. His parents, Clel and Thelma Howard, with a few friends, started the Appleatchee Riders. He designed their horse drill routine and had fun on weekends, with other riding groups from local communities, at rodeos and parades. Ted grew up riding with his “France” cousins and all through the years, they remained as close as brothers. Ted married a Wisconsin gal, in 1950, Marion Humphrey.

Ted was a pastor for the Church of God Faith of Abraham in Seattle, WA. He moved his family home in the early 1960’s and revived the old homestead of Philip Miller, on Millerdale Street. He retired from the Chelan County PUD in the mid 1980’s. Later in life, Ted became totally blind but that did not stop him. He traveled the world three times, learned to sail and windsurf at Lake Wenatchee, enjoyed gardening, woodworking, singing, playing the ukulele, cross country skiing, canoeing, bicycling, and dancing.

15 years ago, Ted started dancing every week at the Senior Center, where he met close friend, Carole. They spent every New Year’s celebrating with this group and dancing to live music. Another weekly activity was joining close friends from first grade for breakfast at Smitty’s; they had the best stories. Dad’s last day was spent at home dancing the jitterbug with a couple of gals, when he collapsed. Even though he was blind, Dad had a motto: “never complain about anybody and never think what if…

Ted is survived by his children: Inga Jill Brisbine (Brad) of Wenatchee, WA, Grant Howard (Betty) of Everett, WA, Julie Bloomfield (Bill) of Olympia, WA; grandchildren: Jesse, Joshua, Lindsey, and Erin; and six great-grandchildren. He was preceded in death by his parents; Marion; and youngest son, Brent. Donations may be sent to the Spokane Lilac Society for the Blind at http://lilacblind.org/how-to-help/
Read Less

To send flowers to the family or plant a tree in memory of C. Ted Howard, please visit our Heartfelt Sympathies Store.

There are no events scheduled. You can still show your support by sending flowers directly to the family, or planting a memorial tree in memory of C. Ted Howard.
Visit the Heartfelt Sympathies Store

We encourage you to share your most beloved memories of C. Ted here, so that the family and other loved ones can always see it. You can upload cherished photographs, or share your favorite stories, and can even comment on those shared by others. 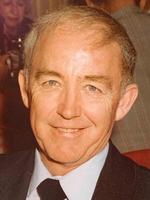 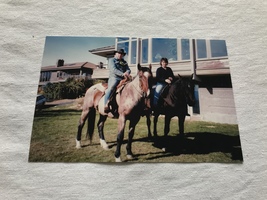