To share your memory on the wall of Philbert \"Phil\" Johnson, sign in using one of the following options:

Growing up, Phil’s parents owned and operated Johnson and Son’s Building Supply in Post Falls where he worked alongside his Dad learning the craft of construction. Phil also loved to build; framing was his favorite part of the process. He was a master carpenter and had an impressive ability of being able to calculate using only scratch paper and his head.

In 1966, Phil enlisted in the United States Army, where he served in two combat missions during the Vietnam War. In 1969 he was honorably discharged and almost immediately moved to Merigold, Mississippi to train as an aerial applicator. An instructor hired Phil for a job in North Carolina immediately following his training, where he worked for two seasons.

In 1973, Phil married Betty Ziegler, on December 15 after only six months of dating. Phil and Betty moved to Waterville, WA in 1976 where they raised their three children, owned and operated Johnson Air Service, Inc. and continued to build until retirement in 2015. Phil was active in the community of Waterville, having served on school board, fire department, sponsored youth sports, built numerous structures in and around the community of Waterville, and in an unofficial capacity, he was a resident encyclopedia and a trusted confidant and advisor. Phil demonstrated to us all what it took to be resilient and independent. Phil loved to read, and it was evident in most any conversation he had. Phil was always willing to lend a hand and never expected any help in return.

Phil enjoyed the simpler side of life. He valued his family and friends above all, with time on the golf course in a close second. Phil was an incredibly generous, humble and hardworking individual. Having a solid work ethic and a thirst for knowledge were two of his most important and prevalent characteristics. We are thankful to have had him contribute to our lives in a truly positive and constructive way and will forever love the giant force of nature he was. Phil genuinely had a wonderful life.

Confluence Health Home Health and Hospice - donations can be sent via the donation button below or sent to their physical address:

To send flowers to the family or plant a tree in memory of Philbert "Phil" Errol Johnson, please visit our Heartfelt Sympathies Store.

We encourage you to share your most beloved memories of Philbert "Phil" here, so that the family and other loved ones can always see it. You can upload cherished photographs, or share your favorite stories, and can even comment on those shared by others.

Posted Sep 11, 2020 at 01:54am
My late husband, Gradon Painter, was very fond of Phil. I grew to love him too. His nickname was "No Kill Phil", which was just a fun way of farmers complaining about the spray bill. He was an honorable man. I talk of him often with a spray pilot here in homedale idaho.
Comment Share
Share via:
BZ

Posted Aug 14, 2020 at 04:23pm
We really hoped and prayed for a miracle, but guess the miracle was that Phil had no pain and that he had 3+ months of time with those he cherished. Hard to believe he won't be sitting in that big chair in the kitchen with a cup of coffee in his hand. Phil was definitely his own man, highly respected and a class act. As we were blessed to know and love him, he was blessed with a wife and family that loved him deeply, caring for him and supporting his final wishes. While his passing is a huge loss for our world, we hold fast to the knowledge that he is beginning a new unfettered life.

This is a nice tribute you wrote here and we definitely learned some things about Phil that we never knew about his early years.
Sending our heartfelt thoughts and prayers for peace for the family . Bill and Gloria
Comment Share
Share via:
DC

Posted Aug 14, 2020 at 03:14pm
So, so sad to hear of Phil's passing. Betty, my thoughts and prayers are with you and your family. Love you all.
Rest in Peace Uncle Phil.
Deborah (Schiele) Croll
Comment Share
Share via: 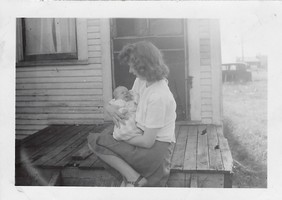 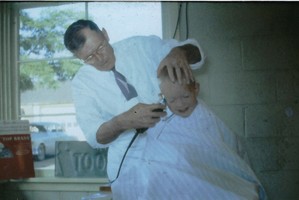