To share your memory on the wall of Wayne Ranne, sign in using one of the following options:


Wayne Ranne, of the Entiat Valley, passed away at Central Washington Hospital on August 4, 2020 after a 13-month battle with glioblastoma, a malignant brain cancer. Wayne was born in Dallas, TX on May 21, 1947. His family then moved to central California and then Arizona. He graduated from Palo Verde High School and the University of Arizona in Tucson, AZ, where he met and married Janice Chandler. Upon graduating as an Air Force ROTC cadet, he was sworn into active duty as a 2nd Lt. Together Wayne and Janice moved to Williams Air Force Base, AZ, then to Dyess AFB, TX; Little Rock, AR; Montgomery , AL; Elmendorf AFB, AK; Scott AFB, IL; the Pentagon, Washington D.C.; and Langley AFB, VA.

Wayne served in the Air Force for 30 years and was a veteran of the Vietnam War, Operation Desert Storm (the first Gulf War), and the Bosnian War. He began his career as a C-130 pilot. Wayne traveled the world many times over for different assignments in his long and varied career as a command staff officer. He ended his career as the Chief of Strategic Plans, Programs & Budget Division of Aerospace Command and Control & Intelligence, Surveillance, and Reconnaissance. After his retirement, Wayne twice served by invitation on the Air Force Scientific Advisory Board in his area of expertise. He co-founded a defense contracting business in Yorktown, VA and worked there for 10 years before retiring to the Entiat Valley.

Wayne was an advocate for education and life-long learning, trying new things, outdoor adventures, and travel. He was endlessly curious, interested in everything, and always put his family first. He liked to remember dear friends, family, and pets through the telling of stories. Wayne was an avid beekeeper, was active in both the local and state beekeepers associations and valued his friendships in the Wenatchee Fishermen’s Forum. He had his own unique brand of “Dad humor” and never failed to give a ‘safety briefing’ to family members before any potentially dangerous activity. Wayne valued honor and integrity in personal and professional interactions.

Wayne was preceded in death by his father, John Ranne, of Lewisville, TX. He is survived by his wife of 50 years Janice Chandler Ranne; his two daughters - Brigitte Ranne (Jed Thompson) of Malaga, WA and Suzanne Ranne (Ron Russ) of Wenatchee, WA; two grandchildren, Anna and Owen Russ; his mother, Anita Ranne of Tulsa, OK; two brothers Donald Ranne of Hermiston, OR and Dr. Richard Ranne (Alicia) of Tulsa, OK; Janice’s 5 brothers and sisters whom Wayne considered as his own; 12 nieces and nephews and 7 grandnieces and nephews.

Wayne will be interred at the Willamette National Cemetery, in Portland, OR with military honors in a small family ceremony. Tributes and memorials can be written online at www.HeritageMemorialChapel.com

To send flowers to the family or plant a tree in memory of Wayne Keith Ranne, please visit our Heartfelt Sympathies Store.

We encourage you to share your most beloved memories of Wayne here, so that the family and other loved ones can always see it. You can upload cherished photographs, or share your favorite stories, and can even comment on those shared by others.

Mary Ellen, Margaret, Preston and William and Yan and Alex sent flowers to the family of Wayne Keith Ranne.
Show you care by sending flowers

3 trees were planted in the memory of Wayne Ranne

Posted Aug 17, 2020 at 09:29am
Our thoughts & prayers are with you. We will plant the trees on our farm and be thinking of Wayne and you as we enjoy the wildlife they will attract.

5 trees were planted in the memory of Wayne Ranne

Posted Aug 21, 2020 at 11:15pm
Brigitte and Suzanne and all your families,
We are keeping you all in our thoughts and hope that all the wonderful memories will keep your dad fresh in your hearts and bring you a small measure of peace.
Michelle and Gene Ellis
Comment Share
Share via:
MW

Posted Aug 18, 2020 at 12:56pm
Janice and family, we are so sad to hear the news of Wayne's passing. We wish you healing and peace. Our thoughts and prayers are with you and your family and surround you in love. Cindy Kratzke, DDG Group, ODU
Comment Share
Share via: 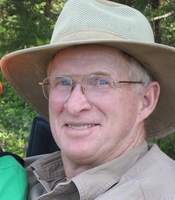