To share your memory on the wall of Michael Nickle, sign in using one of the following options:

He is survived by his daughter, Kathleen Nickle, and son, Daniel Nickle, both of Novato, CA, by his sister Cathy and her husband Wayne Morgan of Leavenworth, WA. He is also survived by many nephews and nieces, as well as great-nephews and great-nieces, cousins, and beloved family friends.

Born April 25, 1944 in Alameda, CA to John and Evelyn Nickle, he spent his childhood in Oakland and his teen years in Hayward, CA. Michael graduated from Tennyson High School in Hayward, CA and attended Chabot College. He was also a graduate of the Cordon Bleu Cooking School in Paris, France. A lifelong learner, he was a voracious reader who acquired great knowledge and expertise in history, archeology, anthropology, mythology, languages, music, classic films and cooking. He worked at Consolidated Freightways at various Bay Area locations for 35 years and then retired. Michael also received recognition from the Marin County Historical Society for his multiple contributions in genealogical research during his hundreds of hours of volunteer efforts in the 1990s and early 2000s.

With his daughter Katy, he loved watching and playing along with the TV show, Jeopardy, and watching old movies. Every Halloween they shared a horror-movie-marathon and would stay up well past midnight watching cheesy horror flicks. Michael would also spend hours with his son Daniel playing video games, or just watching and talking with Daniel, encouraging him as he played. And neither of his children would ever skip his famous Sunday morning breakfasts.

His quick-witted humor was legendary among family and friends. On a trip to Hawaii, he stayed in a high-rise hotel and when he went down to the pool, there were no chairs, lounges (or even towels) immediately available. So, Michael simply laid down on the concrete, spread-eagle. A server stopped and asked, “Are you OK sir?” to which Michael immediately replied, “Oh sure, but that is a long drop down from my 18th floor balcony.” The stunned server dropped his tray in momentary horror.

A gifted storyteller true to his Irish ancestry, Michael loved telling funny stories of generations past. Some of his favorite memories were of family parties at his parent’s house in Hayward. These were regular parties that involved food, stories, wine and a great deal of music and dancing. Late in life Michael would talk fondly of those times.

Michael was a unique, brilliant, funny, talented loving man, a great father, a wonderful brother and uncle, and his family and friends will forever miss him dearly.
Read Less

To send flowers to the family or plant a tree in memory of Michael Dennis Nickle, please visit our Heartfelt Sympathies Store.

There are no events scheduled. You can still show your support by sending flowers directly to the family, or planting a memorial tree in memory of Michael Dennis Nickle.
Visit the Heartfelt Sympathies Store

We encourage you to share your most beloved memories of Michael here, so that the family and other loved ones can always see it. You can upload cherished photographs, or share your favorite stories, and can even comment on those shared by others.

Posted Aug 12, 2020 at 01:08pm
When I think back to our family gatherings, we always had the most fun at Michael's family home in Hayward. Lots of love and laughter.......and dancing. Michael was always so sweet and so hilarious. He taught me how to do the cha cha cha with pizzazz so much so that when we had dance lessons in PE, the teacher called me to the front of the class to show them how it's done.
He will be missed very much by all of us.
We loved to listen to all of his wonderfully funny stories. He made us laugh until we cried.
He was so considerate by staying in touch with my Mom about family news.
Our condolences to his family
Comment Share
Share via:
DM

Posted Aug 07, 2020 at 01:34am
When I was a kid my Uncle Michael was the first one to show me adults didn’t have to be serious all the time. He was the life of the party. His humor, laughter, love, and heart will be sorely missed. I find that the world was a better place with him in it and is diminished with his passing. He will live forever in my memory and my heart. I am sure he is looking down right now with a glass of wine in his hand laughing his backside off. Rest in peace and hopefully, I’ll catch up to you at the end of the ride.
- Denny

Posted Aug 03, 2020 at 04:57pm
Mike's generous heart and amazing humor will be with me forever. He simply made the world a better place. Sending much love!

Posted Aug 03, 2020 at 03:37pm
When I was very young, I had a speech impediment. There were numerous sounds that I couldn't say.One of them was the hard k sound, so when I said my brother's name it came out Mytoe Nitoe.
I would call out "Mytoe" and he would immediately say "What's wrong with your toe?" It would drive my little brain insane. When I would stay home sick from school, which I did way too often, he made up a song he would sing to me. The words were, "Hypochondriac Neurotic, put it on thick, thick, thick. Put it on thick!" To be fair, I did "fake" it alot. But, it wasn't anything I wanted my Mother to know.

Michael was my first best friend. We played together when we lived in Oakland. When we moved to Hayward, we made new friends. My friends started coming over to see Michael, because he was hilarious. He could go on for hours keeping everyone in stitches. He was our very own stand up comedian, and no one did it better. When Robin Williams first came on, my friends told me that Robin Williams reminded them of Michael. He was that good!

My favorite time with Michael, were the years he taught me to dance. He was a phenomenal dancer and he never tired. We would practice until I had it perfect and then we would practice some more. He taught me dances from the 20's, 30's, 40's, 50's and 60's.
At our parents barbecues in the summer, we would be the entertainment. If the music was on, we were dancing. What a great gift to give your little sister. 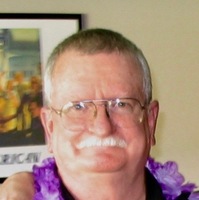 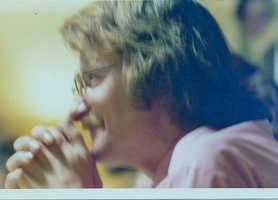 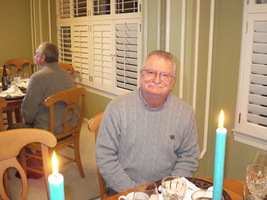 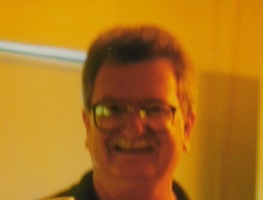