To share your memory on the wall of Marie Clift, sign in using one of the following options:

She was born on September 28, 1917 to Robert and Zula (Gault) McAnally at Franklin, Arkansas. At the age of eight, she traveled to Washington stat... Read More
Marie Clift, 102, of Wenatchee, passed away on July 28, 2020 at Blossom Creek Memory Care.

She was born on September 28, 1917 to Robert and Zula (Gault) McAnally at Franklin, Arkansas. At the age of eight, she traveled to Washington state in a Model T Ford driven by her father, who had two weeks of driving experience. On the seventeenth day they landed in Cashmere and settled Monitor, where she grew up. Her birth mother died when she was twelve and her father later married Ellen Cates who had two children and they became a blended family. She attended Monitor school and later Wenatchee High School, graduating in 1934.

On June 18, 1936, she married Paul Clift, a young Arkansas transplant. They were Orchardists all of their lives.

She was a lifelong member of the Church of Christ. She taught Sunday School and was involved in many other church activities.

Marie was a wonderful wife, mother, grandmother, mother-in-law and friend. She was a meticulous house keeper and gardener. She grew many beautiful flowers.

She is survived by her son and daughter-in-law, Gene and Rayanna Clift; sister, Ruby Rice of Wenatchee and Mary Culbertson of Missouri; she is also survived by five grandchildren, ten great grandchildren five great great grandchildren and numerous nieces and nephews. She was preceded in death by her husband Paul, her parents, her daughter Juanita Dodd, five brothers and one sister.

The family would like to thank Blossom Creek Memory Care and Dr. Mary Timiras for the excellent care Marie received.

A family graveside service was held on Thursday, July 30, 2020 in the Wenatchee Cemetery. You are invited to visit her tribute online at www.HeritageMemorialChapel@msn.com.
Read Less

To send flowers to the family or plant a tree in memory of Marie Clift, please visit our Heartfelt Sympathies Store.

We encourage you to share your most beloved memories of Marie Clift here, so that the family and other loved ones can always see it. You can upload cherished photographs, or share your favorite stories, and can even comment on those shared by others.

Posted Aug 08, 2020 at 12:43pm
I was soooo sad to hear of Marie's passing. She was a cherished member of our family and I have so many memories of her. I'm grateful for the heritage and legacy that she and Uncle Paul left us. Please know that my sisters and I send our love and prayers to the entire family. 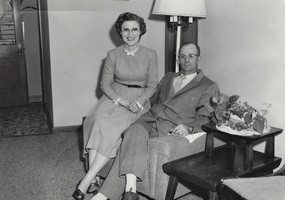 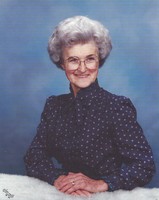