To share your memory on the wall of Jon Smith, sign in using one of the following options:

Jon W. Smith passed away at home in Spokane Valley, WA on Monday, July 27, 2020. He was 64 years old. He fought valiantly against the brutal disease cancer, never losing his optimistic spirit. His daughters and wife were by his side.

Jon was born in San Diego, California to James William (Bill) Smith and Laura Maxine Witherell Smith while Bill was in the Marine Corp. From there, they were stationed in New York where Bill completed his duties as a Marine. Afterwards they moved to Sandpoint, ID to be near family for a few years before settling in Fairfield, WA. Jon lived most of his life in Spokane Valley, WA.

During his teenage years, Jon worked for farmers in the Fairfield, WA area. After graduation from Liberty High School (1974) in Spangle, WA, Jon attended Spokane Falls Community College for two years. Later, he worked for his Dad in the fuel business, worked in construction, assisted his father in the heating and air conditioning business, and was a maintenance engineer for a couple other companies. The last twenty-five years Jon was a physical plant engineer at Deaconess Medical Center in Spokane. Jon was self-taught in a variety of skills. With his wealth of knowledge and lifetime of experience, Jon gave generously of his time and assisted many people during his life.

Jon enjoyed life and kept busy following his dreams and passions. He loved both snow and water skiing, tennis, soccer, basketball, hockey, motorcycle riding, and Porsche cars. His Mom told him once that he could be a professional play boy due to all the activities he loved to do. Jon also had a big heart for animals. He loved, and frequently spoiled, his two Goldendoodles and two horses.

Jon will be affectionately remembered for his silly grin and good humor, as well as his love of lemon bars and all things huckleberry. His daughters will remember their dad frequently carrying them around on his shoulders; both literally, such as when he carried them while running Bloomsday, and eventually more symbolically as they grew older and he would patiently listen and offer his “dad advice”.

A Memorial Service will be held for close friends and family on November 13, 2020 at 4:00pm at the First Presbyterian Church of Spokane. Due to limit capacity and Covid-19 restrictions, all are invited to join via a virtual streaming. Streaming will be on the First Presbyterian Church of Spokane's Facebook page:
https://www.facebook.com/spokanefpc

You are invited to view Jon’s online tribute at www.HeritageMemorialChapel.com to share a memory or leave a message. Arrangements are provided by Heritage Memorial Chapel, East Wenatchee & Cashmere.
Read Less

To send flowers to the family or plant a tree in memory of Jon William Smith, please visit our Heartfelt Sympathies Store.

We encourage you to share your most beloved memories of Jon here, so that the family and other loved ones can always see it. You can upload cherished photographs, or share your favorite stories, and can even comment on those shared by others.

Guaranteed hand delivery by a local florist
AS

3 trees were planted in the memory of Jon Smith

Posted Aug 10, 2020 at 04:26pm
I'm so saddened by this:( I initially registered Jon years ago, then every time I would see him come through over the years, I'd send silent wishes for him to get better. I could always see how hard he was trying:( I'll miss seeing you Jon, but you're at peace now, and in no more pain. Sincere condolences to his family.
~LaDawn, DHEC Registrar~
Comment Share
Share via:
CB

Posted Jul 31, 2020 at 03:12pm
I met Jon the first week I moved back to Spokane in June of 2000 through my new job at A-L Compressed Gases. His first words to me were delivered with his signature smile - "Oh, I always have trouble with blondes." Despite this warning, we were able to work together successfully many, many times. We became friends and enjoyed brief snatches of conversation when we would see each other.

It became somewhat of a joke when one of us would appear somewhere where the other had business. I guess it was less funny when we discovered we shared an oncologist, but true to form, Jon made light of it and always had some way to put a positive twist on whatever was going on.

I will miss my friend and will forever see him in my mind, striding around the corners at Deaconess, with his sunny smile. He fought hard for a long time - I take comfort in the knowledge that he no longer suffers. 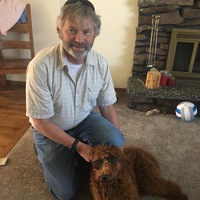 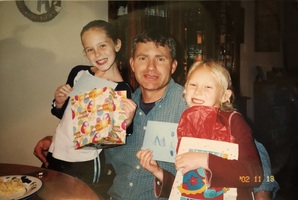 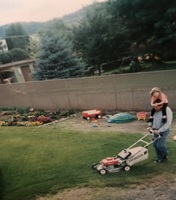