To share your memory on the wall of Linda Shales, sign in using one of the following options:

Linda G. Stevens Shales, 77 passed away on July 12, 2020 after putting up a courageous battle against cancer. Linda came into this world on January 30, 1943 in San Diego California. The first of four children born to Elrey and Irene Joanis Stevens. The family settled in Bend, Oregon and Linda attended Saint Francis School until 8th grade and she graduated from Bend High School in 1961. During her high school years Linda worked at the local Jewelry store as she developed her taste for beautiful jewelry! She also was selected as part of the Winter Royalty Court and modeled for Wettles Department store in Bend, Oregon. After High School Linda attended Central Oregon Community College and earned her Practical Nursing Degree. After attending college, she went to work at St. Charles Hospital in Bend. While working Linda met John Thomas (Tom) Howard and fell in love. They were married on August 13, 1966. Linda and Tom moved to Wenatchee, Washington in 1967. Not long after they moved to Wenatchee Tom passed away from cancer. Linda stayed in Wenatchee and continued to work.

In 1971 while working at JCPenney Linda met the love of her life William (Bill) Shales. They were married on January 29, 1972 in Honolulu, Hawaii. They built their family foundation and family business (Shales Masonry, Inc.) on love, honesty, and compassion. Linda was excited to start a family as she stepped into the role of loving Bill’s three sons: Scott, Steve, and Dennis Shales. On August 31, 1973 Linda and Bill welcomed their daughter Kimberly Ann. Their love for spending time together as a family found them building a cabin on the Wenatchee River. Linda loved being involved in the kid’s school functions, entertaining family and friends, and her cooking brought many happy memories to all. Linda and Bill were involved members of the Wenatchee Golf and Country Club and the Wenatchee Construction Council.

Most of all they loved their weekends at the cabin and traveling with their closest friends. Over the years the family expanded and the holidays became an absolute joy for Linda. She looked forward to the house being full of love and laughter. Linda especially loved Christmas as she would wrap gifts and cooked for days. Most of all she created beautiful memories that have become family traditions. Linda and Bill had such a special place in their hearts for their grandchildren, as they became the center of the family functions.

Following Bill’s passing, Linda found herself wanting to be closer to her daughter Kimberly and grandson’s William and Benjamin, so she moved to Spokane in 2010. Linda had a natural talent when it came to gardening. No matter the distance between Spokane and Wenatchee Linda always loved her friends and the Wenatchee Valley. The last last ten years of Linda’s life were filled with loving her family, showing us the true example of grace, beauty, and perseverance. Some of her grandson’s favorite memories were making strawberry jam with their grandma, vacations to Hawaii and Cabo, and enjoying playing card games with Grandma Linda. Linda was at peace with all who loved her and cared for her to the end. Linda is survived by her daughter and son-in-law, Kimberly and Eric Miller and their two sons William and Benjamin Miller. Scott and Renae Shales and their three daughters: Sarah (Ryan) Edwards, Rachel (Jordan) Miller, Kristi (Ryan) Hanes. Steve and Cindy Shales and their four children: Chad (Bridgit) Shales, Stephanie (Mike) Bradshaw, Matthew (Brianna) Shales, Andrea (Kirk) Truscott. Dennis Shales: daughter Cassie (John) Martin. She was also survived by her sister Bette Ann and Vince Gallina of Portland Oregon, Brother Mark and Denise Stevens of San Diego CA, as well as 12 great-children, many nieces and nephews, and many close friends. Linda was proceeded in death by her husband William (Bill) Shales, her parents: Elrey and Irene Stevens, her brother Michael Stevens, her grand-daughter Kami Ericksen.

May you love these words below and find comfort as it reflects the legacy Linda left us with.

A wife, a mother, a grandma too,

This is the legacy we have from you.

You taught us love and how to fight,

A stronger person would be hard to find,

And in your heart, you were always kind.

You fought for us all in one way or another,

Not just a wife not just as a mother.

For all us you gave your best,

Now the time has come for you to rest.

So go in peace, you’ve earned your sleep,

Your love is in our hearts, we’ll eternally keep.

A celebration of Life Memorial/Graveside service will be held in Wenatchee, WA on August 22, 2020 at 10:00 a.m., for family and close friends. Fond memories and expressions of sympathy maybe shared at www.HeritageMemorialChapel.com. Heritage Memorial Chapel, East Wenatchee, WA is caring for the family and arrangements.
Read Less

To send flowers to the family or plant a tree in memory of Linda Gay Shales, please visit our Heartfelt Sympathies Store.

We encourage you to share your most beloved memories of Linda here, so that the family and other loved ones can always see it. You can upload cherished photographs, or share your favorite stories, and can even comment on those shared by others.

Posted Aug 01, 2020 at 08:16pm
What wonderful memories we have shared throughout the years. God blessed me with a loving, kind and generous sister. I will be forever grateful.
Praise be to Our God!
Bette Ann Stevens Gallina 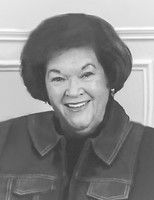