To share your memory on the wall of James Donaghue, sign in using one of the following options:

Born December 24th, 1950 in Galena, MO to Virgil “Red” Donaghue and Opal Bond-Donaghue. Jim moved to the Wenatchee Valley with his family as an infant. Where he attended school in Wenatchee. Jim married Tammy Kimble on January 9th, 1975, enjoying 45 years of marriage until his passing.

Jim had a love of flying that started in his teens. He loved to share his stories with his children and grandchildren. Jim loved to take his plane out during Aviation Days at Pangborn and share his love of planes with anyone that would come by. Jim also had a love for prospecting and the great outdoors that he shared with his family. In his later years you would very seldom find him anywhere without his dogs.

Even though Jim did many things throughout his life such as fighting forest fires from the air and the ground, his main occupation was driving truck or running heavy equipment. Jim passed these skills on to many people he met throughout life including his children.

As a family we would like to thank all the wonderful Doctors and Nurses at Central Washington Hospital that Jim got to know on a first name bases, during his many stays, for their care and support. We would also like to give special thanks to Dr. Barber, Dr. Bassett, and Dr. Laxmanan for their special care. You are invited to view his website at www.HeritageMemorialChapel.com and leave a memory. Arrangements are in the care of Heritage Memorial Chapel, East Wenatchee & Cashmere.
Read Less

To send flowers to the family or plant a tree in memory of James Micheal Donaghue, please visit our Heartfelt Sympathies Store.

Posted Jul 27, 2020 at 01:12pm
Tammy, Jamie, and family
Sorry to hear of Jim's passing g. May his memories help you during this tough times.
Comment Share
Share via:
T

Doug, thank you so much!
GS

Posted Jul 23, 2020 at 11:10pm
Tammy, my deepest condolences to you & the kids.
I have so many fond memories of Jim! He was one of the toughest men I’ve ever known, but could also be very gentle.
He always had your back in any situation. My heart hurts for you & your family!
Thank you Jim Donaghue, for being a part of my life! You & your family, from your mom & dad, to your wife & kids treated me as family!
You are going to be missed so much by so many. Love you brother. Rest In Peace!
Comment Share
Share via:
T

Gary, thank you so much! You are always family to us! Please hold your loved ones close and treasure each day with them. 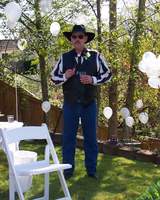 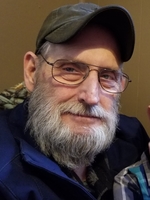