To share your memory on the wall of Lee Henneigh, sign in using one of the following options:

Lee was born on November 13, 1946 at Coulee Dam, Washington to the late Marion and Verlie Elva (Lee) Henneigh. When he was just a toddler, they mo... Read More
Lee A. Henneigh, 73, of East Wenatchee, passed away on Sunday, June 28, 2020 in Wenatchee.

Lee was born on November 13, 1946 at Coulee Dam, Washington to the late Marion and Verlie Elva (Lee) Henneigh. When he was just a toddler, they moved to make their home in Wenatchee. He attended South Wenatchee Elementary, Pioneer Middle, and Wenatchee High School. He graduated with the class of 1965. He continued his education at Wenatchee Valley College where he received his Associates Degree in Social Services.

Lee met his future bride, Lois “Kris” while she was still in Junior High at Pioneer in Wenatchee. They were later married on October 21, 1966. They made their first home together in Wenatchee.

Lee went to work as the Industrial Maintenance Mechanic and Welder at Hannah Mining in Rock Island. He continued to work through the name changes: Hannah Mining, Keokuk, Silicon Metal Tech for a total of 33 years before retiring.

He then went to work as a counselor for the Drug and Alcohol Center on Okanogan Ave in Wenatchee for four years. Later, he became a driver for Patient Services at Provide a Ride and BNSF. He also became a Volunteer at the Salvation Army at the Social Services Administration Building.

Lee enjoyed baseball and played on several teams as well as the Senior League. Horses and fishing were also on his list of enjoyments.

The family invite you to view Lee’s tribute page at www.HeritageMemorialChapel.com to write a memory/condolence. Arrangements are in the care of Heritage Memorial Chapel, East Wenatchee and Cashmere.

A Celebration of Life will be held at King’s Orchard Church of Christ, 1610 Orchard Ave., Wenatchee, WA on Saturday, July 18th at 2 p.m.
Read Less

To send flowers to the family or plant a tree in memory of Lee Alvin Henneigh, please visit our Heartfelt Sympathies Store.

We encourage you to share your most beloved memories of Lee here, so that the family and other loved ones can always see it. You can upload cherished photographs, or share your favorite stories, and can even comment on those shared by others.

David and Rita Hausken and Lori, Seth, and Spencer Gudgel sent flowers to the family of Lee Alvin Henneigh.
Show you care by sending flowers

Posted Jul 06, 2020 at 08:23pm
I have fond memories of working with Lee at Hanna Mining. We both became Apprentices in 1975. He as a mechanic, I as an Electrician. We became good friends and always worded together as brothers. Our friend, Norm , would always buy us a beer on the anniversary of our apprenticeship. Lee was a giving person and cared for his family. We went to the picket line , in 1977, when we were on strike at Hanna Mining, and that experience will remain "gone". The Mayor , at the time of Rock Island was there and contributed to the "experience. All was good. Lee was a good man to have as one of my friends. Fred Willsey

Posted Jul 04, 2020 at 09:24pm
Please accept our most heartfelt sympathies for your loss... Our thoughts are with you and your family during this difficult time.

Lori, Seth, and Spencer Gudgel purchased flowers and planted a memorial tree for the family of Lee Henneigh. Send Flowers 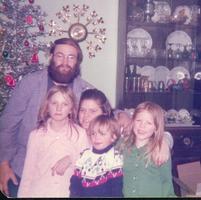 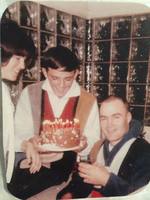 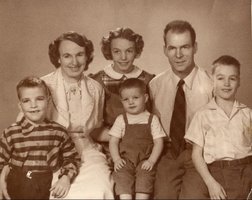