To share your memory on the wall of Ivan \"Bud\" Kimball, sign in using one of the following options:

Ivan was born on July 29, 1936 in Pateros, WA to Ivan Leroy Kimball Sr. and Dorothy Rae (Baumgardner) Kimball. He was raised and schooled in Brewster, WA and graduated from Brewster High School, with the class of 1954. He met and later married Michon “Toppy” Dundas on March 4, 1961 in Coeur d’Alene, Idaho. They made their home in Brewster until moving to make their permanent home in Orondo in 1967. Ivan took great pride in working in the family orchard and fruitstand. Ivan drove school bus for the Orondo School District for 31 years. Many of the kids that rode his bus remember his big hand reaching back and giving them a gentle squeeze on their knees or shoulders if they were misbehaving. He had a special place in his heart for every child that rode his bus. He was also a volunteer firefighter for the Orondo Fire Department #4 for over 30 years. He and Michon were also members of the Orondo Grange.

In his spare time, Ivan loved to work crossword puzzles and reading books. He especially enjoyed spending time with his grandchildren and great grandchildren. Ivan was incredibly proud of his family and loved when anyone would visit.

Ivan “Bud” Leroy Kimball Jr. will be laid to rest next to his wife and infant children in the Pateros Cemetery on July 10, 2020 @ 11:00 am. A Celebration of Life is being planned for both Ivan & Michon when COVID-19 restrictions allow large gatherings. Please leave a memory for the family at www.HeritageMemorialChapel.com.
Read Less

To send flowers to the family or plant a tree in memory of Ivan "Bud" LeRoy Kimball Jr., please visit our Heartfelt Sympathies Store.

There are no events scheduled. You can still show your support by sending flowers directly to the family, or planting a memorial tree in memory of Ivan "Bud" LeRoy Kimball Jr..
Visit the Heartfelt Sympathies Store

We encourage you to share your most beloved memories of Ivan "Bud" here, so that the family and other loved ones can always see it. You can upload cherished photographs, or share your favorite stories, and can even comment on those shared by others.

Posted Jul 12, 2020 at 12:14am
We just want to send our love and prayers and hugs from Pam Joe and Mark we love you all very much. God gave us all a very special Angel.

Paul and Lois Davies and Family

Posted Jul 08, 2020 at 04:51pm
I am so grateful for the kindness and care that Ivan showed his colleagues and students at the Orondo School. We have been blessed to know him. 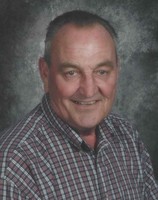 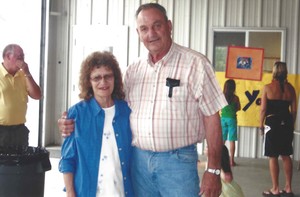 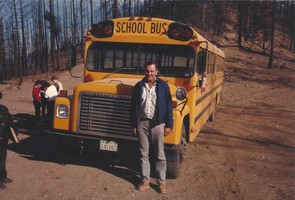