To share your memory on the wall of Martha Osborne, sign in using one of the following options:

Martha Ann Osborne, 88, passed away on June 22, 2020. As Martha’s heart began failing, her wish was to stay in the comfort of her own home to the end. This was made possible through the skillful and loving care of Confluence Health Hospice and family.

Born on February 9, 1932 to Warren and Ethel Danner on the family farm in Grangemont, Idaho, Martha was the ninth of fourteen siblings.

Life was not easy growing up in the country without electricity, running water, and many other conveniences we call necessities these days. At a very early age, Martha, as well as her siblings, were required to help with the chores which included, hauling water, washing clothes on the washboard, piling brush, harvesting hay, gardening, and cutting and splitting firewood. At age thirteen it was Martha’s job to run the jammer, skid logs and load the logging truck. Of course there were the responsibilities of caring for sheep, cattle, horses, goats, chickens, cats and dogs. It might seem that going to school would offer some relief from the home duties, but it only meant that the same chores had to be done before and after school.

On August 28, 1949, at the age of 17, Martha married John (Jack) Osborne. Their family was blessed with Jack’s son, James (Jim), Viki, and Crystal. They lived on their property near Orofino, Idaho until shortly after Crystal was born, at which time the family moved to Coeur d’Alene, Idaho where Martha worked at a box factory while Jack taught church school. It was not long before it seemed best for Martha to stay home and take care of her children, training them to do household chores and teaching them the values of a Christian life. For a few summers Martha enjoyed working in the kitchen at the church summer camp on Hayden Lake, Idaho.

In 1961 the family moved to Wenatchee, Washington where Jack taught church school until his retirement in 1973. To help make ends meet, Martha worked in the kitchen at Parkside Manor Nursing home, and later at the new Colonial Vista Retirement facility, first in the kitchen and then as head housekeeper. For many years Martha took care of dozens of children in her home.

After Jack retired, Martha was interim manager for assisted living centers in Washington and Oregon. She also accompanied Jack on various work-related projects that took them from California to Alaska.

Martha was a long-time member of the Wenatchee Seventh-day Adventist Church. In her younger years she was very active in leading out in the children’s departments. She enjoyed singing in the choir and occasionally playing her marimba for special music.

Martha loved to be out in nature, camping, hiking, or just driving the scenic route. Her favorite bird was the hummingbird as evidenced in the many pictures and figurines of hummers around her home. One of Martha’s most cherished desires was to have the family together as often as possible. She arranged many family gatherings even when she was too ill or weak to do the work herself. She prayed faithfully that her children and grandchildren would make right choices so that someday there will be another wonderful family reunion in heaven with no one absent.

To send flowers to the family or plant a tree in memory of Martha Ann Osborne, please visit our Heartfelt Sympathies Store.

There are no events scheduled. You can still show your support by sending flowers directly to the family, or planting a memorial tree in memory of Martha Ann Osborne.
Visit the Heartfelt Sympathies Store

We encourage you to share your most beloved memories of Martha here, so that the family and other loved ones can always see it. You can upload cherished photographs, or share your favorite stories, and can even comment on those shared by others.

Posted Jun 26, 2020 at 08:43pm
Martha was my neighbor for 13 years. She was a good friend and kept watch on all the houses in our circle. She always wanted to know how the kids and grandkids were doing as if they were her own. My kids remember her well and how nice she was.
I moved out of the neighborhood but would stop by and see how she was doing. If it had been too long she would get after me for not getting by sooner. The visits were always good and fun. She would be out helping any neighbor she could. For some of us that were working she would move our garbage can back to the house on garbage day. I visited her a few days before she passed and like always was interested in how the kids and I were doing.
Martha was lucky to have Crystal and her husband there for 7 weeks as she finished her life here on earth. I will miss her as she was like family to me.
Comment Share
Share via:
J

Posted Jun 22, 2020 at 09:28pm
At this sorrowful period in your life, please accept my sincerest condolences for the death of your loved one.  Reflecting on the divine promises found in the Bible will give you hope and strength to keep going until all of God's promises are fulfilled. (John 5:28, 29; Romans 15:13; 2 Thessalonians 2:16, 17).
Comment Share
Share via: 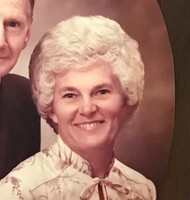 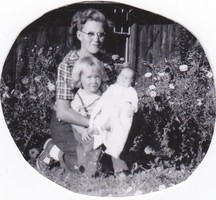